Garmin are doing a great job of churning out new products on a regular basis. The wearables manufacturer has, however, been strangely silent on the next iteration in its Fenix series.

It has been over 18 months now since the third version of the watch was released to great acclaim and excellent user feedback. Many had expected we would see Fenix 4 early this year but were left disappointed. Garmin only released the Fenix 3 HR, the same watch but with added optical heart rate monitoring, thus squashing any expectations about its successor.

The Fenix line has become a preference for sports and outdoor enthusiasts. The Fenix 3 is a great sports watch which contains most things you would want for fitness training plus feature sets for outdoor navigation. A wearable for those who are into multi sports and want to be able to track everything.

Now all eyes are on Garmin and the next iteration in the Fenix series. It will be interesting to see whether the company takes its cue from Fitbit and just styles up what it already has on offer or if we end up seeing some more significant updates. It is a fair bet that the company will set its aims high as it is facing much more competition then it did back in February 2015.

One of the most talked about design features of the Fenix 3 is its bulkiness. And we’re not kidding. It is a beast, measuring 51.5 x 51.5 x 16.0 mm and weighting 86.1 grams. Unsurprisingly, this is especially unappealing to female users considering their smaller sized wrists.

This is because the watch packs a lot under the hood. It has a sizeable 300mAh lithium-ion battery that keeps going for 6 weeks in watch mode, and 20 hours when in GPS mode. Slimming the form-factor without downsizing the battery capacity will be one of the major challenges for Garmin.

A major trend over the past year has been a rise in interest in smart analogue watches. Traditional watchmakers, which have seen sales decline in recent years, are expected to focus efforts in this area as they try to cling on to their share of the global market. The days of chunky and unattractive devices aimed at fitness freaks and technology buffs are behind us. Garmin has also tapped into this trend with its stylish Vivomove watch released a few months ago. In an increasingly crowded market, style and design are clearly becoming more important.

So Garmin, a smaller more elegant watch so that we can wear it outside of a sport activity please. The size is just too much for some of us.

Expect to see a lot of options in straps, colours and watch faces. A higher resolution touch- screen is also a possibility. Similar to the Apple Watch 2 Series, we may get a unisex device, or even separate versions for men and women. The current version clearly has a rugged male look and feel to it.

The predecessor of Garmin Fenix 4 came in a number of different models, the premium editions being equipped with sapphire lens and stainless steel. Expect to see more versions at different price points again.

To wet your appetite, check out a concept image (imaginary of course), produced by Sylvain Gerber, a chap from Paris who, by the way, has no association with Garmin.

And this one. You can find more images on this link.

Fenix 3 is a very capable multisport GPS watch. You can use it for cycling, open water swimming, cross country skiing, climbing, indoor run/bike/swim, hiking and much more. In addition to heart rate tracking from the wrist (for the HR version), the watch provides advanced running metrics and outdoor navigation. And finally, the Garmin Connect software is top notch, whether you are utilising the smartphone app or the even more comprehensive web dashboard.

Having said this, the watch is by no means perfect. Garmin still to put in some more work on nailing the core function. This includes for example, improvements in GPS accuracy, its mapping features, heart rate tracking (it is not continuous but takes samples at regular intervals), sleep statistics and more.

The first iteration of Fenix 3 disappointed in the sense that it required you to wear a separate heart rate chest strap. A wireless sensor on a chest strap detects your pulse electronically and sends that data to a receiver which displays your heart rate. This is similar to what you can see in hospitals with patients who have sensors strapped to their chest. These type of monitors tend to be highly accurate.

The current trend may be to move heart-rate monitoring away from the chest and over to the wrist but accuracy at these new locations is still questionable, particularly when it comes to high intensity activities. Garmin added an optical heart rate sensor to the Fenix 3 earlier this year, albeit at a higher price tag.

The company may decide to make use of the same optical technology. Our guess, though, is that we will see two separate versions again. A Fenix 4 with a separate chest strap (one with bumped up specs to track cadence, stride length, ground contact time, ground contact time balance, vertical oscillation and vertical ratio), and a Fenix 4 HR which will measure your ticker by shining a light into your wrist.

All Fenix watches come equipped with ABC sensors to provide relevant real-time information. The built-in altimeter provides elevation data, while the barometer can be used to predict weather changes by showing short-term trends in air pressure. The 3-axis electronic compass keeps your bearing whether you’re moving or not.

There are also lots of features which tell you about your form and fitness such as the VO2 max estimator. Fenix 3 crunches data, including your running speed, beats per minute and heart rate variability to estimate the maximum volume of oxygen you can consume per minute. Other fitness metrics include recovery advisor with a recovery timer and recovery check, plus a Race Predictor, which estimates your ideal finish time based on your current VO2 max number. Expect all this and more with version 4.

As mentioned, the Fenix line of watches is not just for running. There are special feature sets to help with swim training, cycling, golfing and skiing too. To list them all would simply take too long. But Garmin will continue to  build on these which means we will see more niche sports and additional metrics tracked.

More and more people are looking for wearables that integrate non-fitness functions. Garmin has tapped into this trend with the Fenix 3 by letting you know when you have received a message, and displaying the text on the watch screen whenever you’re ready to read it. Expectedly, the Fenix 4 will come packed with these and some more non-fitness features such as NFC payments.

Unlike the Apple Watch, there is no on-board storage for music on the Fenix 3. Now that Apple has added GPS, it can effectively start to move into the sports watch market. So Garmin may very well need to reconsider this if it wants to protect its position.

The Fenix 3 targeted a customer base of serious athletic enthusiasts. If Garmin is to lure customers away from the likes of Fitbit and other popular brands, it will need to focus more on 24/7 regular activity tracking and keeping the user experience simple. We suspect though, that with the Fenix 4, Garmin will stay focused on the hardcore fitness enthusiast and target the wider customer base with some of its other activity trackers.

Fenix 2 and Fenix 3 were rolled out in Feb 2014 and March 2015 respectively. Many of us expected a new version early this year but this turned out not to be the case. Garmin seems to be more focused on updating its Fenix 3 smartwatch for now and probably wants to get it right before moving on to the next model.

Our best guess? The earliest release date that one can hope for the Fenix 4 is between January 5 to 8, 2017, which are the dates for the 2017 edition of CES.

If you decided to skip Fenix 3 because it was way to expensive for you, prepare to be disappointed. Garmin’s website currently sells it for around $500 without a heart rate monitor and an extra $100 with one. This is a high-end watch after all, so Fenix 4 is likely to come in at a similar price.

Just like the Apple Watch and the current model, we should, however, see different price points. The much more expensive premium and limited editions, along with the standard, slightly more budget friendly model.

Whatever the final price, the Fenix 4 will be a great choice as it will still be one of the best smartwatches for fitness fanatics. And we suspect, the legion of existing Fenix users will remain loyal to the watch which has already proven its worth.

So what do you think? What would you like to see improved with the Fenix 4? 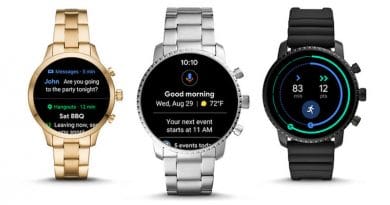 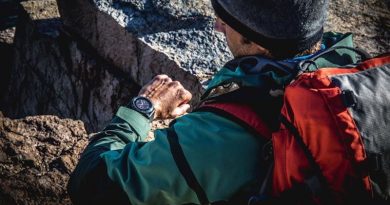 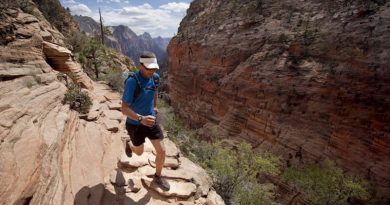