Smartwatches put in strong growth in the second quarter of 2017 as basic wearables (those that do not run third party apps), declined for the first time.

Global wearable market shipments reached 26.3 million between April and June 2017, up more than 10% on the same period in the previous year. International Data Corporation’s (IDC’s) Worldwide Quarterly Wearable Device Tracker shows that this was entirely due to growth in smartwatches. Basic wearables, which fuelled growth in recent years, fell 0.9%. This was their first ever decline.

“For years, rudimentary fitness trackers have acted as a gateway to smartwatches and now we’re at a point where brands and consumers are graduating to a more sophisticated device.”

Much of the increase in smartwatches is attributable to a growing number of models aimed at specific market segments, such as outdoor enthusiasts. Meanwhile, clothing and earwear showed triple digit growth, albeit from a much lower starting base.

Xiaomi maintained its lead from the first quarter due to strong demand for its inexpensive line of fitness devices. Apple also showed strong growth and the launch of its third generation watch is expected to boost sales in the latter part of the year. IDC says the company has been slowly expanding its reach among health insurance providers.

Fitbit is still struggling but is hopeful its new Ionic smartwatch will boost its fortunes. The device is set to land in October. Surprisingly, Garmin saw a decline of 6.6%, but this may not necessarily be a negative as the company has managed to grow revenue. Fossil entered the top 5 for the first time mostly due to its acquisition of Misfit in late 2015. 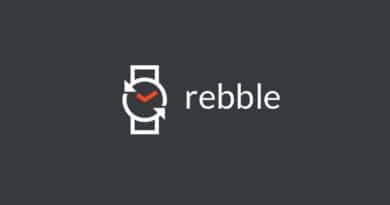 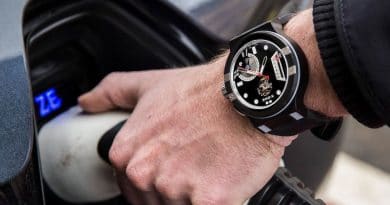 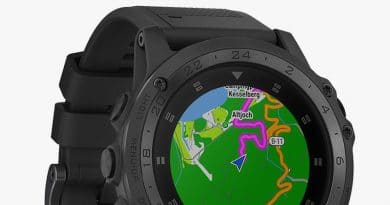 Find your way around unfamiliar territory with Garmin’s Tactix Charlie