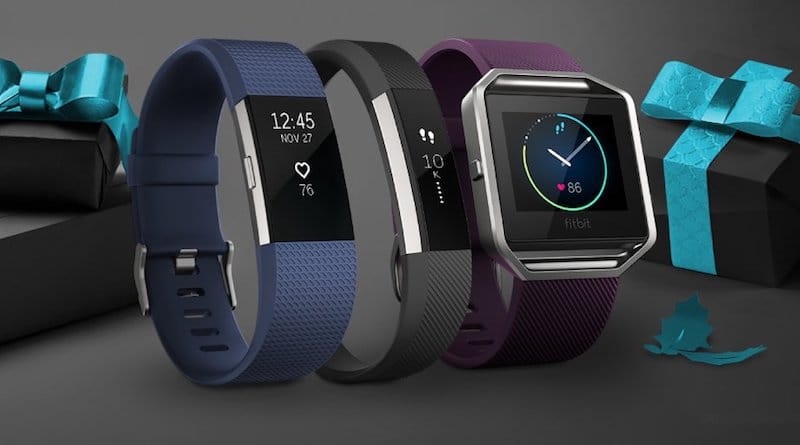 Its that time of the year again and many are deciding to go into the New Year as healthier versions of ourselves. Unfortunately, most of us will fail to keep our 2018 resolutions. Research shows that more than two-thirds will not make it to the end of March before going back to their old ways.

If you’ve decided to walk more and shed those pounds, an activity tracker can be a great motivator. For the average person who is interested in tracking their fitness and does the occasional run here and there, any Fitbit fitness tracker will do. If you are a swimmer or are after something more sophisticated, Ionic is the way to go.

There are still some great Amazon discounts to take advantage of if you are after a Fitbit fitness tracker.

Despite being more than a year old, Charge 2 is the Editor’s choice for the average user. It gets the basics right and sells at a decent price point.

The device features an enhanced exercise experience, new health and fitness tools, detailed sleep metrics and an upgraded design with a screen that is four times larger than before. You get everything you would expect from a fitness tracker along with a few new features that are powered by your personal heart rate.

With the Alta HR, Fitbit has shown that it is possible to bring its Pure Pulse technology to a device this narrow. The company has developed a new chip that reduces the size and number of components needed by 25%.

The tracker is also the first to benefit from Fitbit’s new sleep features. ‘Sleep Stages’ uses accelerometer and heart rate data to more accurately estimate how long you spend in Light, Deep, and REM sleep stages each night.

With its blocky, retro design, Ionic may not be a looker but at least it packs some decent specs under the hood. When it comes to activity monitoring, the watch includes absolutely everything Fitbit has on offer and will keep tabs on your activity in the water, too.

The Blaze looks a lot like the Apple Watch, but puts fitness first. This is Fitbit’s first wearable with a color touch-screen, which pops out so you can swap bands.

The device tracks activity and records heart rate, but lacks the GPS of the Surge and Ionic. Instead it has something Fitbit calls Connected GPS. This means its capable of tapping into your smartphone’s GPS for readings. With a battery life of 5 days, this is a stylish wearable which represents a great compromise between a fully fledged smartwatch and fitness tracker.