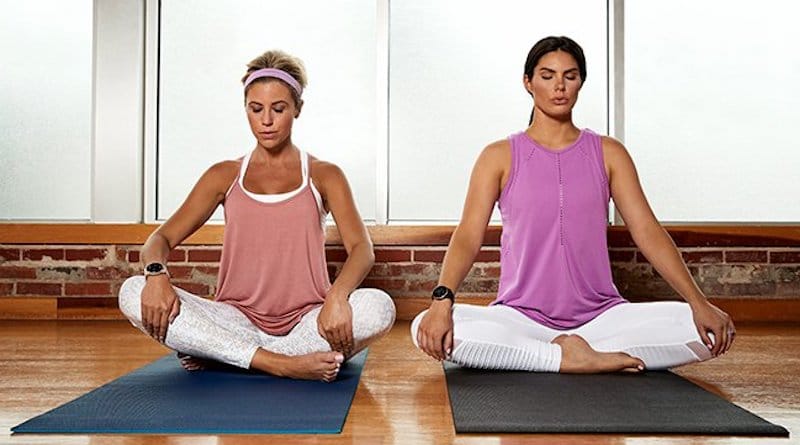 Garmin has launched a few new smartwatches at IFA 2019 in Berlin. One of these is the Vivoactive 4, an updated version of Garmin’s answer to the likes of Fitbit and the Apple Watch. Another is the Garmin Venu, a device with some slight differences over the Vivoactive 4 and a higher price tag.

You might be wondering what’s new and different with the Vivoactive 4 and whether you should opt for the pricier Venu option. Here’s our overview to help you make the right decision.

The fourth iteration of Vivoactive was some two years in the making. Its predecessor, which was released back in 2017, has been a popular choice for those looking for a device that sits in the all-purpose smartwatch space.

The new version comes with some handy design upgrades. The most important is that it comes in two sizes.

The large sports a 45mm stainless steel case while the small a 40mm case. The predecessor is only available in a 43mm version. Largely considered a unisex device, the Vivoactive 4 is better as it allows those will smaller wrists to opt for something that won’t look too bulky on their wrist.

The other design tweak is that there are now two physical buttons on the right, whereas before there was only one. The touchscreen is a great feature but it’s almost impossible to navigate in wet or sweaty conditions. The second physical button should help with this problem.

Just like Vivoactive 3, Garmin Venu also comes only in a 43mm version. But Venu has something that differentiates it from the others – it is the only Garmin wearable to come with an AMOLED screen.

This allows for great clarity both indoors and out. The resolution is 390 x 390 pixels, much higher than you would find on the Vivoactive 4/4S or Vivoactive 3. The exact specs of the others can be seen in the table below.

Because the Venu has a more power-hungry display, its battery life is slightly smaller. The thing can keep going for five days in smartwatch mode and 6 hours with GPS and music switched on. But if you enable the always-on screen option, this comes down by more than a half.

Here’s a table illustrating all differences in design between the Garmin Venu, Vivoactive 4/4S and Vivoactive 3.

Any of these are great for someone looking for a smartwatch with lots of health and fitness features. They’ll all have you covered around the clock and can track a wide variety of sports. So let’s jump right to the differences.

This section is going to be fairly short, the reason being there simply aren’t too many features that are not common to all of these watches.

Vivoactive 4/4s and Venu are exactly the same. Don’t look for any differences in functionality, as you won’t find them. But the duo comes with some extras over the predecessor Vivoactive 3 iteration.

The smartwatches now provide pulse oxygen readings and estimated respiration. The first is primarily done during the night, although you can take manual readings throughout the day as well. The second is done around the clock.

Vivoactive 4/4s and Venu also come with the new Body Battery function. This tells you when to push hard when to take it easy based on your activity level and how much rest you’ve had.

The other differences are the inclusion of Yoga workouts, Pilates workouts and on-screen workout animations. Also, the heart rate sensor has been improved and can now track heart rate under water.

The final thing worth mentioning is music storage. It now comes as default on all the fourth generation devices. The basic Vivoactive 3 comes without the option but there is a Vivoactive 3 Music which comes with the feature baked in.

Here’s a run-down of the differences when it comes to activity tracking.

The Vivoactive range is a ‘Swiss Army Knife’ of activity trackers. It’s a device that in terms of design appeals to both men and women equally. The introduction of different sizes with the fourth iteration provides more customization options.

All things considered, if you already own the Vivoactive 3 you are probably best off holding on to your tracker. The design is fairy similar and you don’t really get too many new features.

If you’re looking to purchase a device from the range for the first time, it all really comes down to how much you are willing to pay. If you don’t mind shelling out an extra $50 bucks or so, the Venu comes with a gorgeous display. The sacrifice is battery life.

For others, Vivoactive 4/4s is the way to go. The is a solid fitness-focused timepiece packaged in something that looks and feels like a regular watch.

The devices can be ordered from Garmin’s website. Venu sells for $400, Vivoactive 4/4s for $350 and Vivoactive 3 for $250. You can check the current prices on Amazon on this link.

2 thoughts on “Garmin Vivoactive 4 vs Venu vs Vivoactive 3: what are the differences?”