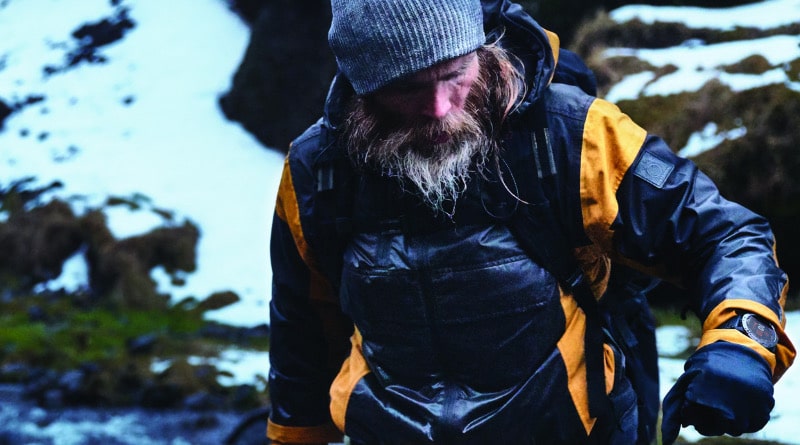 Yes, it’s time for another features and specs comparison article. This time we are pitting two heavyweights – the Garmin Fenix 6 versus the Apple Watch Series 5. Both are great sports watches in their own right. The first was released ahead of IFA 2019 in August, the second about a month later. But which is right for you?

The Fenix 6 is the daddy of the Garmin watch range. It comes with multiple design options along with some other improvements over the 5 Plus. The Apple Watch Series 5 watch is no slouch either. It, too, comes with some handy upgrades. It is not without reason Apple’s device is the best selling smartwatch in the world.

Here’s all you need to know on how they stack up.

Put the Fenix 6 and Series 5 next to each other and you’ll notice lots of differences. In fact the two look nothing like each other.

The most obvious difference is the shape. The Apple Watch comes with its trademark square-ish look whereas, just like pretty much all watches in Garmin’s range, the Fenix 6 has a more “traditional” round form-factor.

Larger differences are to do with the display technology. While both the Fenix 6 and Apple Watch Series 5 have always on screens, in Garmin’s case this is a transflective memory-in-pixel (MIP) display. Apple has a much higher quality LTPO OLED Retina screen with 1000 nits brightness.

The Fenix 6 is much more rugged, its thicker and heavier than the Apple Watch. Its three size variants (regular, S and X) are all over 13.8 in depth and measure between 58 and 93 grams. The Apple Watch, on the other hand, comes in two size options which measure 10.7mm in thickness and just over 30 grams in weight. This makes Apple’s device more suitable for those with slender wrists.

Both watches have excellent water resistance. The Fenix models 10ATM and the Series 5 watch 5ATM. Either of the two will suffice for most people.

Battery life is where Garmin trounces Apple. So much so that it’s almost pointless to compare. Series 5 will keep going for around 18 hours which means you will be charging it on a daily basis. The Garmin watch will keep going for two weeks in smartwatch mode and 36 hours with GPS switched on. It also comes with customisable power-management modes. Tweak the settings and the watch will show you exactly how much battery life (in hours) the watch has left.

Of course, there’s also the Fenix 6 solar variant. It comes with a transparent solar charging lens that sits on top of the watch face. This converts the sun’s rays into energy which provides you with an additional 10-15% (roughly) battery juice. Apple has lots of catching up to do when it comes to battery life.

When it comes to sensors, what you’ll find in both watches are an accelerometer, heart rate sensor, gyroscope, GPS and compass. The Fenix 6 also comes with a Pulse Ox sensor. This automatically keeps tabs on your blood oxygen levels during the night and on-demand during the day. Apple’s party trick is the electrical heart sensor. This lets you take an ECG.

Here’s a run-down of the differences in design and hardware.

Both the Fenix 6 and Series 5 watch are great for someone looking for a fitness device. They’ll have you covered around the clock and can track a wide variety of sports. These are not first generation devices so have nailed down the basics a while ago.

But there are a few important differences to be aware of.

The Fenix 6 is a true multi-sport watch designed for those religious about their athletic pursuits. It can track pretty much any sport under the sun with appropriate data and performance metrics. Stats lovers will feel right at home. Your runs and cycle rides will be dissected into minute detail.

But even outside of specific sports coverage, the Fenix 6 range comes with some fitness tracking functionality you won’t find on the Apple Watch.

This includes native sleep tracking. Rumours are Apple will finally add this in 2020 but for now you’ll have to do with third party apps if you want to track your kip time. The Fenix 6 also comes with Pulse oxygen readings, respiration rate, 24/7 stress tracking and more. You won’t find any of these on the Apple Watch.

Having said that, Apple’s device is a perfectly decent sports watch. Sure you’ll miss out on some things but unless you’re a serious athlete, it is unlikely to bother you much. Where Apple shines is in health tracking. Its watch comes with the ability to take ECG readings, it will let you know if it spots heart irregularities (Afib) and it has the ability to detect falls and alert contacts. Garmin has closed the gap, though, on this last one with it’s own Incident Detection feature.

To summarize, in terms of fitness tracking we would put the Fenix 6 above the Apple Watch Series 5. While both have built-in GPS and lots of features which would suffice for most people, the Garmin device is meant for those much more serious about their fitness. More importantly, until Apple manages to improve on battery life it will struggle to compete for the title of the best fitness tracking device.

The story is different, though, when it comes to smart functionality. On this count, Apple’s device trounces not just Garmins, but all competition. You’ll find native and third-party apps for everything imaginable and watchOS 6 comes with lots of new functionality.

Although it can’t really compete with the Apple Watch on this measure, the Fenix 6 comes with a few non-fitness features, too. This includes local storage for music, an NFC chip for contactless payments, text and calendar alerts, and more.

Whether you choose the Apple Watch Series 5 or Garmin Fenix 6 take comfort in knowing you are choosing the best of the best. Both of these will have you covered with pretty much everything needed for 24/7 activity tracking. The two, however, are quite different.

If you’re interested in both fitness tracking and lots of smart functionality it’s a no-brainer, the Series 5 watch is the obvious choice. Those more serious about their athletic pursuits will be better off with the Fenix 6. The range offers much more in terms of sports tracking and performance metrics. Plus you get awesome battery life.

Design wise, the always-on screen is where the similarity ends. Apple’s Series 5, with its subtle look and smaller form-factor, is more of a unisex device. The Fenix 6 is built to last and features a much more rugged design.

So the choice comes down to whether you are interested in an all-purpose smartwatch or a sports watch. Preferences to do with design and price considerations will also play a role.

The Fenix 6 range watches can be ordered from Garmin’s website. There’s a choice between three iterations to suit wrists of all sizes. If cost is not an issue, you can also pick up the headline grabbing solar option. Depending on the model chosen, the watch will set you back anywhere between $600 and $1,150. The Apple Watch Series 5 starts at $399. You can check the current prices on Amazon on these links (Garmin Fenix 6; Apple Watch Series 5). 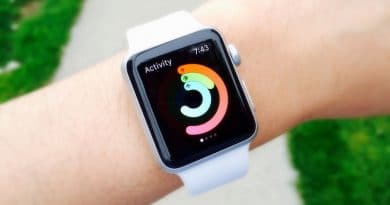 Apple Watch or Fitbit Charge 2: which one should you opt for? 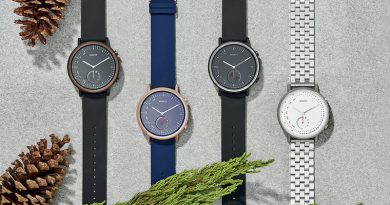 Take on the day with Misfit’s second hybrid timepiece, the Command 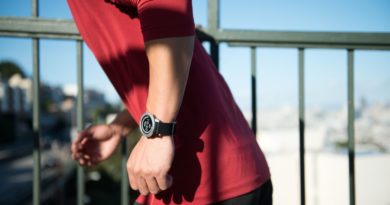 Powerwatch: the smartwatch that runs on body heat