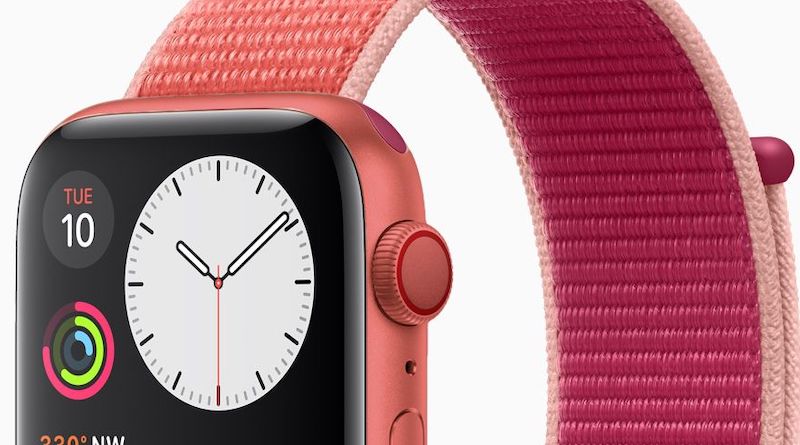 A Series 5 Watch in (RED) could arrive as part of a spring refresh according to information briefly featured in an Apple database. A portion of the money from selling the devices would go to fund HIV/AIDS programs on the ground in sub‑Saharan Africa.

The Cupertino Outfit has participated in the PRODUCT(RED) charity for a while now. When a brand turns a product or service (RED), they make it simple for you to support programs that help millions of people around the world impacted by HIV/AIDS.

Since joining the cause 13 years ago, Apple has raised over $200 million through the sale of (PRODUCT)RED devices and accessories. This includes (RED) iPhones, cases and Apple Watch bands, iPad accessories, iPods and more.

So far we’ve seen a silver, gold and space gray Apple Watch but never a RED one. But this might change soon according to information located in an Apple database. French blog WatchGeneration discovered a reference to a (RED) Apple Watch Series 5 which following the reveal was quickly removed from the database.

Adding credence to the rumor is that the model appeared under a different reference number to the one for (RED) Apple Watch bands. WatchGeneration believes this would be a device with an Aluminium case and the color would be close to the pale hue of red of the iPod touch.

Here are some mockup images posted by WatchGeneration. 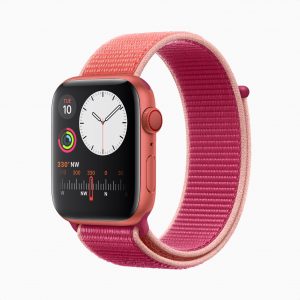 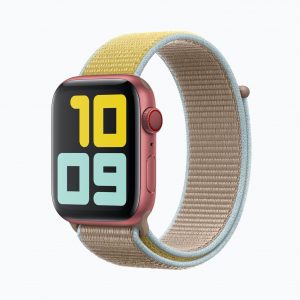 If these rumors turn out to be true, the (RED) Apple Watch could arrive as soon as next spring. Considering it’s for a worthy cause the timepiece might be a popular seller, particularly now that Apple sells iPhone 11 in (RED). The price of the watch is unlikely to differ from the regular edition.