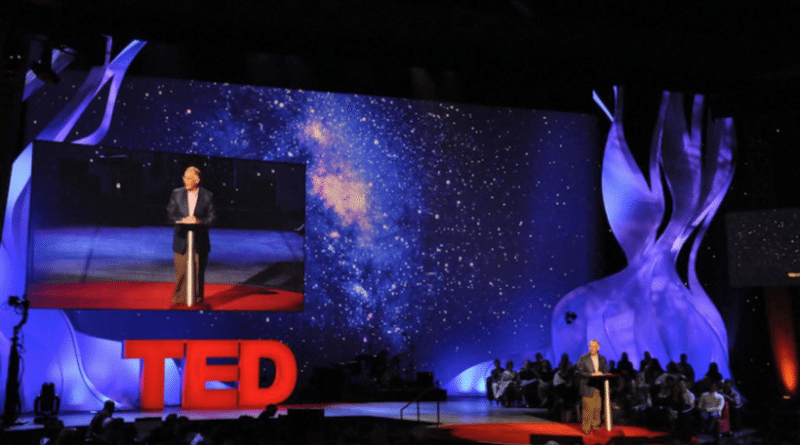 TED (Technology, Entertainment, Design) is a global set of conferences run under the slogan “Ideas Worth Spreading”. The emphasis is on the entertainment aspect. TED was founded in 1984 as a one-off event; the annual conference series began in 1990.

TED’s early emphasis was technology and design, consistent with its Silicon Valley origins, but it has since broadened its focus to include talks on many scientific, cultural, and academic topics. This is a collection of our favourite TED talks on wearables and technology.

This one is over a decade old but its one of our all time favourites. Inventor, entrepreneur and visionary Ray Kurzweil explains in abundant, grounded detail why in the 2020s, we will have reverse-engineered the human brain and nanobots will be operating your consciousness.

Millions of people die each year from heart-attacks. The problem is detecting there’s a problem before it is too late. In this video 17-year-old inventor Akash Manoj demos a inexpensive, portable, wearable that monitors patients 24/7 for signs of the disease. It turns out when your heart is in trouble, it sends cardiac biomarkers or proteins that are SOS messages into your bloodstream. The machine picks up on these and alerts users in one of the earliest stages of a heart attack.

Daniel Kraft is a physician-scientist, inventor and innovator. He offers a look at the next few years of innovations in medicine, powered by new tools, tests and apps that bring diagnostic information right to the patient’s bedside

An interesting video which demos the power of red light and benign near-infrared light. Mary Lou Jepsen speaks on the potential of using red light to see and potentially stimulate what’s inside our bodies and brains. This allows for seeing deep inside the tissue to spot for example tumours. The technology also has the potential to replace expensive MRI machines leading to faster, better and cheaper healthcare for everyone.

Is technology usurping our human capacity for connection and understanding, or expanding our ability to know ourselves and those around us – and so helping guide us to our highest selves? In this inspiring talk, Lauren Costantini explores what it means to be human in the age of the quantified self.

David Eagleman: Can we create new senses for humans? (Mar 2015)

As humans, we can perceive less than a ten-trillionth of all light waves. “Our experience of reality,” says neuroscientist David Eagleman, “is constrained by our biology.” He wants to change that. His research into our brain processes has led him to create new interfaces — such as a sensory vest — to take in previously unseen information about the world around us.

Chris Kluwe wants to look into the future of sports and think about how technology will help not just players and coaches, but fans. Here the former NFL punter envisions a future in which augmented reality will help people experience sports as if they are directly on the field — and maybe even help them see others in a new light, too.

Eythor Bender of Berkeley Bionics brings onstage two amazing exoskeletons, HULC and eLEGS — robotic add-ons that could one day allow a human to carry 200 pounds without tiring, or allow a wheelchair user to stand and walk. It’s a powerful onstage demo, with implications for human potential of all kinds.

Not a TED talk, but we felt it was worth including in this list. Drawing from some of the most pivotal points in his life, Steve Jobs, chief executive officer and co-founder of Apple Computer and of Pixar Animation Studios, urged graduates to pursue their dreams and see the opportunities in life’s setbacks — including death itself — at the university’s 114th Commencement on June 12, 2005.