Realme CEO Madhav Sheth has teased the company’s first smartwatch. Judging by the image, it seems this will be another Apple Watch lookalike.

The device won’t be the first or the last to produce a clone of the Apple Watch. In recent months Xiaomi Mi Watch and Oppo Watch have gone down this route.

The Shenzen-based company is well known as a smartphone manufacturer, in addition to producing accessories such as a power bank and earphones. Realme came out with a fitness band that marked its entry into the wearable tech space earlier this month.

The first we heard of a Realme Wear OS smartwatch was in Mashable India interview a couple of months ago with Sheth. Another reference to the watch was released last month. In that tweet there’s a 60 second video that showcases Realme’s lifestyle products including Buds Air, the smartwatch, fitness band, smart speaker and smart TV. What’s more, it hints the brand is also working on other products such as an intelligent scale, mirror and more.

Sharing an exciting first look of what all is in store for 2020. We are determined to make #realme the most loved Tech-Lifestyle brand.

Watch the launch at 2.30PM today to know more about it.https://t.co/8pkvjxXwcl pic.twitter.com/y0e2fGCNNC

But now, in the biggest tease of all, in a Youtube video as part of the company’s “Ask Madhav” series, Sheth can be seen wearing the upcoming timepiece. He did not offer very much information specs but when referring to the watch he did say “It’s on my wrist, and it will be on yours soon.” Which implies the official unveiling should not be far off.

It was expected the device would come sporting an AMOLED display and we now know it will be squarish in shape. There’s a single physical button on the right which looks to be the main physical distinguishing difference with the Apple Watch.

It is clear Realme wants to create an ecosystem of products that works seamlessly together. It looks like the company will have a busy few months ahead as it continues to move beyond smartphones. 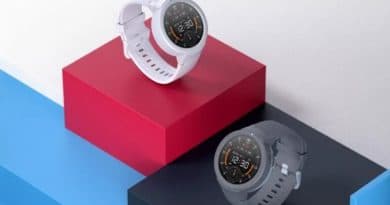 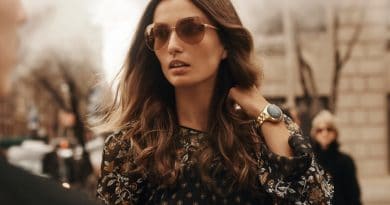