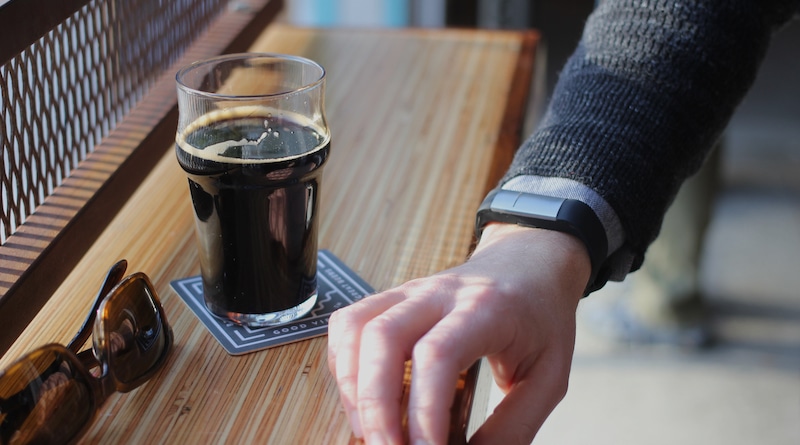 A new generation of wearables is here to help tackle problem drinking.

Nearly 90,000 people in the United States die annually from alcohol related issues making this the fourth leading preventable cause of death in the country. Drunk driving accidents alone lead to nearly 10,000 deaths. Globally, some 3.3 million deaths per year are attributable to alcohol consumption.

Researchers suggest that wearables represent a convenient method for individuals to monitor alcohol intake. These devices have the potential to help reduce unsafe drinking that can lead to accidents and the deterioration of health in heavy drinkers.

One of the major drivers for this market is the rise in awareness of alcohol breath analyzers. Even though this technology is still in its infancy, a few contenders for real-time monitoring of alcohol levels are emerging.

A number of years in the making, this wearable comes from a startup called BACtrack. The San Francisco company recently nabed the top prize in a competition to design a near real-time breathalyser. The $200,000 first place prize was awarded by the National Institutes of Health (NIH).

While most consumed alcohol is processed within the body, some ethanol molecules escape through the skin. The device is able to read this signal and via BACtrack’s proprietary algorithms convert it into an estimated Blood Alcohol Content (BAC) reading.

Samples can be taken as frequently as every second and be sent from the wrist device to a smartphone, smartwatch or a cloud server. As it takes about 45 minutes for alcohol to be transmitted through the skin, you don’t really get real-time tracking. Which means that it can’t be used as a substitute for breathalysers or blood tests conducted by law enforcement. Instead the device is meant to detect and record a person’s recent history of drinking habits and help in monitoring alcohol intake.

You’ll be able to buy a standalone device and a version integrated with the Apple Watch band. The gadget is not available for purchase just yet. The website says BACtrack Skyn is available for research use only for $199 per month. It is not cleared or approved by the US FDA. Which means it has been built, it just needs regulatory approval for public use. Let’s hope the price comes down by the time it hits retail.

Although you can’t wrap them around your wrist, BACtrack also sells a host of standalone gadgets that work with a smartphone and some even with the Apple Watch. These are available right now on Amazon*.

The story gets a bit complicated here. Ion is a device that started out on Indiegogo. At the time it was called PROOF. The company ran a successful crowdfunding campaign a few years ago which managed to raise some $50,000. Last year, however, it decided to refund the backers. But what’s popped up on its website  soon after is another device called Ion.

Although this device resembles a Fitbit or Garmin fitness tracker, don’t expect a step, calorie or distance count. Ion tracks your BAC levels through your skin, and nothing else.

It does this thanks to an enzyme-based electrochemical sensor (Enzymatic Electrochemical Sensor), which converts perspired alcohol into BAC levels. The info is communicated back to you via the multi-colored LEDs, and in more detail in the smartphone app. If you’ve had a few too many, you’ll even get a time to sober estimate. Furthermore, you can set your own alerts and get notified when you’ve reached your designated levels.

The sensors do need to be changed from time to time to ensure accuracy. Each locks in magnetically on the underside of the wristband, and is good for one data point per second over 12 hours of continuous use. The lightweight wearable is made of super-soft silicone, provides secure data encryption and has enough juice to run for 4 days on a full charge.

According to the product website the first units have already shipped. There’s no info on price but you can contact the company to be considered for the limited beta release.

Engineers funded by the National Institute of Biomedical Imaging and Bioengineering (NIBIB), are working on new sweat-inducing technology that detects alcohol levels in perspiration and sends a readout to your smartphone via Bluetooth. The small monitoring device resembles a five centimeters long and two centimeters wide stick-on tattoo and is embedded with several flexible wireless components.

One of these releases a chemical that stimulates perspiration on the skin below the patch. Another component senses changes in the electrical current flowing through generated sweat. It then uses these values and some fancy algorithms to detect alcohol levels. This means the biosensor patch does not require you to sweat because of the mechanism to generate the required perspiration.

The device offers almost real-time monitoring considering the whole process takes less than eight minutes. Their work is reported on in the journal ACS Sensors.

One thought on “Wearable breathalyzers, gadgets that know if you’ve had a few too many”