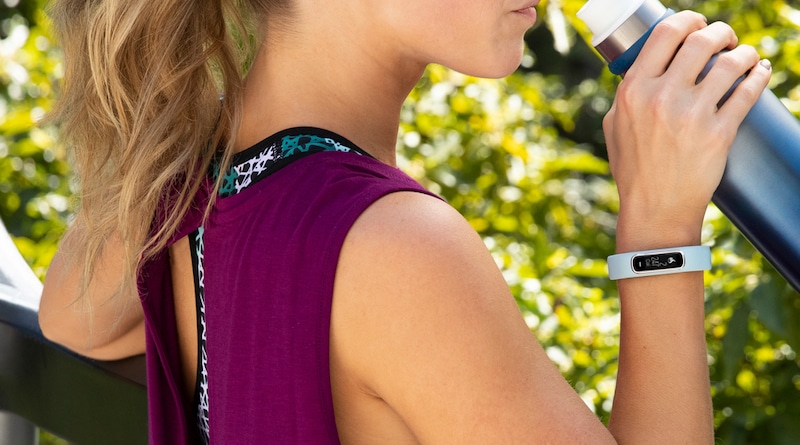 Fitbit Charge 4 is often pitted against Vivosmart 4. The reason is – they are both targeting the same market. The ageing Garmin holds up well in such comparisons. But let’s face it – the device is more than two years old now, so well due for an upgrade.

In our review we found Vivosmart 4 to be a decent little fitness band with plenty to offer. Oxygen saturation is a nice add-on over its predecessor, and the Body Battery metric works well and adds a new dimension to training. It’s no wonder the tracker has been a best seller since it was unveiled back in September 2018.

Its most direct competitor is probably Fitbit Charge 4. The tracker was launched this Spring and comes with some nice upgrades over the earlier iteration such as built-in GPS.

The fifth Garmin Vivosmart generation should be on the cards soon. Here’s what to expect.

Garmin Vivosmart 5: what to expect?

As far as design, we don’t expect very much to change. A fitness band is a fitness band so there’s little scope to come up with something radically different. Plus Garmin tends to stay with a tried and tested look.

Having said that, a characteristic of Vivosmart 4 is that it is incredibly slim and lightweight. While this is great, it does have one disadvantage. It comes in the form of a not-very-impressive, tiny, 17.7 mm x 6.6 mm display. You can fit only so much info on a screen that size. Plus, it is only greyscale with a 48 x 128 pixel resolution.

There’s lots of scope for improvement, particularly considering that Vivosport which launched a year earlier has a colour display. To be more precise, it had a sunlight-visible, transflective memory-in-pixel (MIP) screen. Which might actually be a good alternative to the OLED of the Vivosmart.

An improvement in this sense is very likely, although Garmin will want to keep its ambitions down in order to preserve battery life. Vivosmart 4 keeps going for about a week between charges. We feel is the bare minimum these days for a decent fitness band. An equally lightweight but flatter and slightly wider Garmin Vivosmart 5 might be nice, and it might provide space for a larger battery.

A casual Vivosmart 4 user will find most things they need for 24/7 activity monitoring. All the essentials are there. It doesn’t replace a sports watch and it’s unlikely the Vivosmart 5 will.

Having said that, the current generation has one obvious feature missing – built-in GPS. At launch it didn’t even have Connected GPS. Thankfully a software update in September 2019 changed this. But now might be a good time for the next step up.

The only Garmin fitness band with built-in GPS currently is Vivosport. But seeing as that one hasn’t been updated since 2017, it’s questionable whether the company has any plans for a Vivosport 2. It could very well decide to merge that line with the Vivosmart range.

Therefore there’s a strong case for a Vivosmart 5 with built-in GPS. Particularly as that was the main upgrade of Fitbit Charge 4 this year.

Respiration and all day SpO2 tracking

While the current iteration has an SpO2 sensor, the tiny battery means this only works for spot-checks and optionally in sleep. Other Garmin wearables have an all-day option. The other related feature that it is missing is a 24x 7 respiration rate.

Other than that, we don’t see may other changes sensor wise. Apart from upgrading to the latest tech.

Another logical addition would be NFC for Garmin Pay. The combination of built-in GPS and NFC means you could go for a jog in the park and coffee afterwards while leaving your wallet and smartphone behind. Fitbit Charge 4 already has NFC for contactless payments.

Another features that is missing from Vivosmart 4 is the ability to control music on a smartphone. Fitbit Charge 4 has this but it also has a larger display. It might be tricky implementing such functionality on a tiny screen. But if Garmin increases the display size, we could very well see music control.

As mentioned, Garmin typically adopts a two year product cycle. This means we could see Vivosmart 5 in October or early November. After that we’re looking at early next year as the company is unlikely to release something during the all-important holiday period.

The current version sells for $130, although discounts can often be found. The price of Vivosmart 5 will largely depend on specs but if we do get all of the above we’re looking at something around the $140-150 mark.