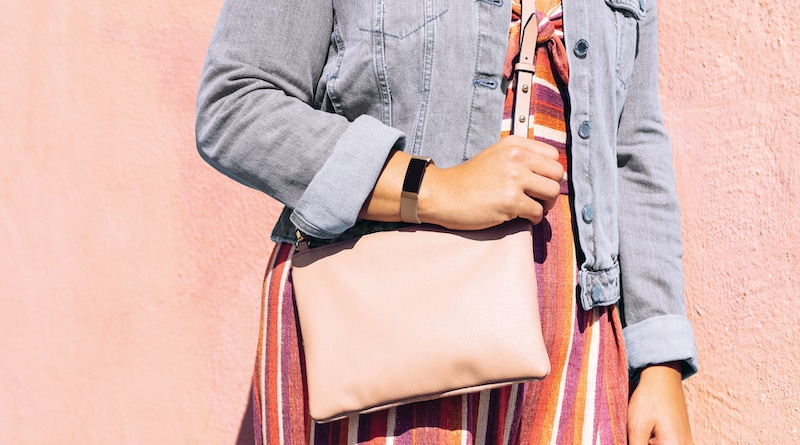 There has never been a bigger choice of fitness bands for those on a budget. A recent addition to this space is the Xiaomi Mi Band 5. It comes with a few useful upgrades over its very popular predecessor such as a larger display.

Fitbit’s candidate for this category is the Inspire 2 It doesn’t have all the bells and whistles of Charge 4 or the company’s smartwatch range, but it does sell for a very attractive price.

Which should you buy? Read on to find out.

The duo is very sporty looking with similar but distinct designs. Mi Band 5 and Inspire HR are fitness bands so if you are after a smartwatch experience look away now. There are plenty of options for that and these two are not amongst them.

Xiaomi’s device is not all too different from generation 4. It adopts it a modern, curved style with rounded edges. As mentioned, the main difference is that this time around the wearable has a larger, full color AMOLED with 120 x 240 pixel resolution. Its size has been bumped up from 0.95 inches to 1.1 inches.

If you’re after a skinnier look, the Fitbit is the one to go for. But a price you have to pay for Inspire HR’s slim form-factor is the tiny display. The thing comes with a 1 inch (128 x 72 pixel) black and white, OLED touchscreen. It’s worth noting, the display takes up a part of the front of the device, the rest is a thick bezel.

Xiaomi is therefore clear winner on this count. Nevertheless, Fitbit’s device has pretty good visibility both indoors and out.

Both of these devices have a button which can be used to wake up the tracker, move you back out of menus and navigate workouts. Inspire HR has a physical button on the side of the display, Mi Band 5 a capacitive button below its display.

The excellent 5 ATM rating is the same for both. This means they will survive down to depths of 50 meters so can provide true 24/7 fitness tracking experiences.

Under the hood, the devices share a 3-axis accelerometer and optical heart rate sensor. Mi Band 5 also gets a barometer and gyroscope. Neither of these has built-in GPS but they can tap into your phone for a satellite signal. Budget fitness bands with built-in GPS are still a year or two away.

Moving on to battery life and once again Mi Band pulls ahead. The fifth generation keeps going up to 20 days on a single charge, which falls to about two weeks for the NFC version. Charging has been made easier, in that there is no more need to pop the unit out of the band. Now it is done via a magnetic charging dock.

Inspire HR is good for about 5 days on a single charge. It takes about two hours to refuel from zero to full.

Here’s run-down of the differences in design and hardware between the Xiaomi Mi Band 5 and Inspire HR.

In terms of fitness tracking, both of these will spit out info on steps, distance, calories, activity and sleep. They are also the usual inactivity reminders and more.

An important addition with Mi Band is the barometer. This is used for tracking altitude and count the number of floors climbed.

Xiaomi has also improved the quality of data. Its heart rate monitoring is now 50% more precise, and sleep tracking has been improved by 40%. On the later, the company has slapped on the ability to track REM sleep for the first time.

Fitbit is one of the best known names in the fitness tracking game and that’s for a reason. It really has this side of things nailed down. You can trust its data and there’s a great software ecosystem to go along with everything. This includes a very user friendly app and a website dashboard.

The Xiaomi and Fitbit also track a multitude of sports. Fitbit does offer a bit more on this count.

Mi Band can keep tabs on running (indoor and outdoor), along with walking, cycling, pool swimming, yoga, indoor rowing, skipping, elliptical, rowing machine and open workout. All of these come with statistics to match. The Fitbit builds on this list of 11 exercises with a total of 20. In addition to most of the above, this includes interval workouts, weights, bootcamp, tennis, hiking, golf, Pilates, martial arts, Kickboxing and more.

As mentioned, neither of these have built-in GPS. But they can piggyback on your smartphone’s connection for more precise tracking of outdoor exercise.

Other additions that Fitbit offers are breathing rate and heart rate variability. However you will need a premium subscription to access these.

Its fair to say, Fitbit is ahead of Xiaomi when it comes to fitness tracking. But the Chinese outfit is closing the gap. For example, this year it has for the first time introduced female health tracking. Fitbit has had this for a while. This allows for tracking of menstrual cycles with a vibration alert for female users. Finally, similar to Fitbit’s Breathe app, Mi Band now has a stress monitoring feature.

Even though these are fitness bands, they do come with some smart functionality such as the ability to display smartphone notifications. The better display on Mi Band 5 is more conducive for this. This is why it comes with a choice of watch faces, including some animated ones. The trackers also have other features such as stopwatch, alarm clock, timer, Find my phone and music control functions.

An option you don’t get with Fitbit is NFC for contactless payments. Xiaomi Mi Band does come with an iteration sporting this chip. It will set you back a little more and eat into battery life, but it can be useful for those looking for another option for payments on the go.

The Mi Band 5 and Inspire 2 are great choices for those looking for something in the form of a fitness band. Both offer a modern, curved style with rounded edges, although Inspire 2 is the slimmer option.

The main attraction of the Xiaomi device over the Fitbit is the larger, color display. Inspire 2’s is less high-res and it is only grayscale. The other important selling point of Mi Band 5 is its awesome battery life. On paper, the Xiaomi does offer more – particularly when you take into account its lower price.

But the Fitbit is no slouch either. The main attraction of Inspire 2 is the tried and tested brand, reliable fitness tracking data, more sports modes, excellent software ecosystem and great product support.

How are Xiaomi Mi Band 5 and Fitbit Inspire 2 different in terms of design?

They both take the form of traditional fitness trackers. But Xiaomi’s device has a slightly larger display which is color (versus the grayscale of Fitbit Inspire). Other than that, they are pretty similar and have the same 5 ATM water resistance.

How do Xiaomi Mi Band 5 and Fitbit Inspire 2 compare in terms of battery life?

Xiaomi is the battery champ! Its wearable can keep going for 20 days which is twice as much as you will get on the Fitbit.

Fitbit is the winner on this count. It offers more in terms of fitness and sports tracking and has a better software ecosystem.

Which is less expensive? Xiaomi Mi Band 5 or Fitbit Inspire 2

The Fitbit typically costs at least twice as much as the Xiaomi.