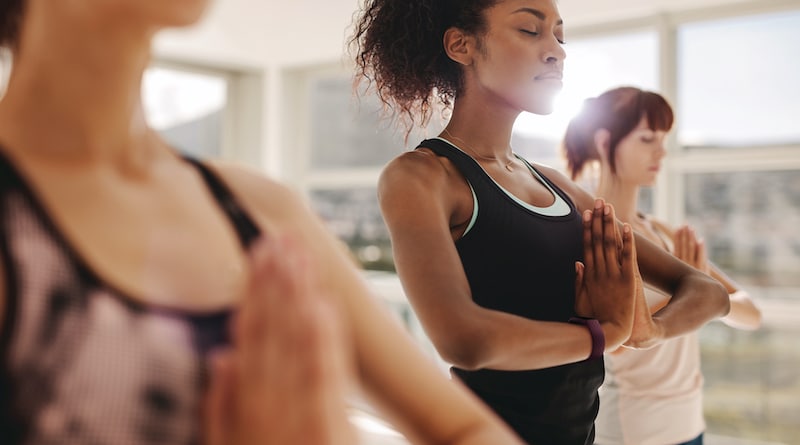 It’s business as usual at Fitbit as it continues to churn out new devices. A new addition in 2020 is Charge 4 – an updated version of its best selling fitness band. It comes with a few worthy upgrades over the predecessor such as built-in GPS, NFC as standard and Spotify control.

The wearable comes about a year after Fitbit announced its Inspire range. The standard and HR iterations replaced a slew of devices at the time, consolidating the company’s fitness tracker lineup. Now we have inspire 2.

Both of these are great options for those looking to track their fitness around the clock. Which is right for you – Charge 4 or Inspire 2? Hopefully this article will help.

There’s no mistaking, both the Fitbit Charge 4 and Inspire 2 come across as typical activity bands. If you are after a smartwatch experience best to look elsewhere. Versa 3 might be a good place to start. But back to the activity bands.

Charge 4 takes across the design of the previous generation although it is a fraction bulkier. The thing is built from very lightweight material including an aerospace grade aluminum case. We were hopeful Fitbit would make it a bit more modern looking this time around, but the company has decided to stick to the tried and tested design.

Inspire 2 looks slightly more sleek with its curved edges and narrow band. Its smaller size makes it more discreet of the two. The build is plastic which makes it lighter than Charge 4 (20 grams versus 30 grams).

Both devices share an identical grayscale touchscreen and single button on the side to help with navigation. The Charge 4 has an inductive button which is hardly noticeable, Inspire 2 has this as well.

The display is off by default and springs to life at a flick of the wrist or tap. Because Charge 4 has a larger screen, it is easier to read of the two.

Both trackers feature rubberised bands which are fastened with a buckle. You can easily change wristbands to make sure they fit any look and style.

A clip-on accessory is available for Inspire 2, so the tracker can be detached from the strap and attached to clothes. From this position, however, it won’t monitor heart rate.

Water resistance is exactly the same at 5 ATM and the trackers have the ability to monitor swim sessions.

When it comes to sensors, it’s no surprise the more expensive Charge 4 offers much more. The similarities include an optical heart rate tracker, 3-axis accelerometer and vibration motor. The extras you get with Charge 4 are an altimeter for counting floors, pulseOx for taking blood oxygen readings during the night, built-in GPS for phone free tracking of exercise (versus Connected GPS on Inspire HR), and NFC for contactless payments. A long list, indeed.

Battery life is fairly decent whichever fitness band you choose. Charge 4 keeps going for about a week between charges and 5 hours with GPS switched on. The latest generation Inspire is good for about 10 days before running out of juice.

Here’s a table with a detailed look at specs.

If you’re after a fitness tracker, look no further than Fitbit wearables. The company has made a name for itself in this arena for a reason. That’s not saying there’s no decent competition. There is, but Fitbit is still amongst the best options for the average person.

Charge 4 offers all the functionality of Inspire 2, but with some extras.

The most important is the inclusion of a GPS chip. Built-in GPS means you can go running or cycling outdoors, leave your phone behind and still get detailed statistics and a map of your route. This will be important to those who often exercise outdoors.

Inspire 2 has Connected GPS so needs a smartphone in order to dish out detailed workout stats. It’s worth mentioning that the larger display of the Charge 4 also makes it more suitable for reading your stats on the go.

The next important difference is the lack of an altimeter on Inspire 2. The sensor is used to track altitude by utilising atmospheric pressure readings. On Charge 4, the total flights of stairs you have been climbing will be summed up and computed as a factor in your calorie count. This makes your calorie output more accurate.

Another extra that you get with Charge 4 is pulseOx. This monitors your blood oxygen levels. In the morning you’ll find a chart that shows fluctuations during the night. Big changes indicate there could be a problem, low fluctuations are a good sign.

Stemming from the added sensors on Charge 4 are a few new software based features. One is the ability to show training intensity on a map after a workout. This can either be in the form of pace or heart rate zones shaded throughout your route.

In terms of non-fitness features, there’s not a great deal on Inspire 2. You can use it for call notifications, text, calendar and app alerts. But that’s where it ends.

The final extra you get with Charge 4 is the ability to operate Spotify on your smartphone. This lets you play, stop, shuffle and skip songs without reaching for your phone.

You won’t go wrong with either of these two devices. Both offer decent 24/7 fitness tracking and use Fitbit’s tried and tested, simple to use software ecosystem.

If you’re after a slimmer, more discreet experience, Inspire 2 is the obvious choice. But this comes at the expense of some functionality you could get with Charge 4.

The important extras are built-in GPS (versus Connected GPS on Inspire HR), an altimeter for counting floors, pulseOx for monitoring blood oxygen during the night, NFC for contactless payments, Spotify control, a more premium build and a larger display. Inspire 2 has longer battery life, though.

If you don’t mind shelling out an extra $50 or so, we suggest going for Charge 4. If, on the other hand, you prefer the Inspire 2’s design and don’t need the extra functionality, it remains a decent option.