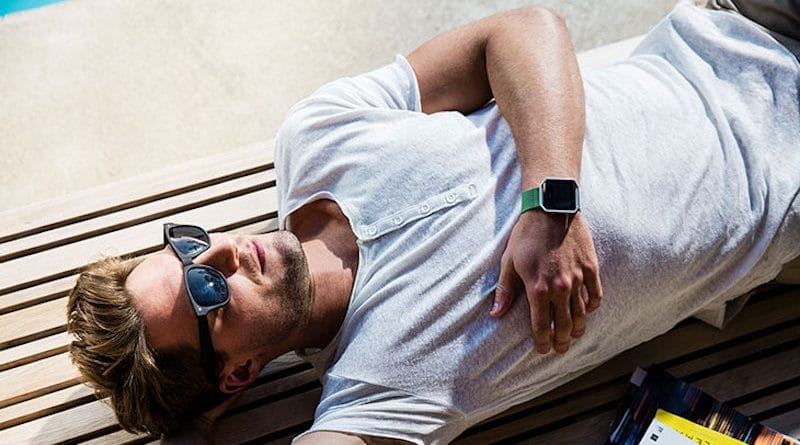 Fitbit has some of the most popular wearables out there. Most of these are available on discount on Amazon and fitbit.com. If you’re looking to snag a deal now might be the time to act.

Fitbit has released in 2020 Sense, Versa 3 and Inspire 2. Charge 4 is still our recommendation for someone looking for a fitness band but Inspire 2 is an intriguing alternative. The Versa range is the way to go if you’re after a smartwatch.

When it comes to features, devices in the Versa range put fitness first. They come with everything you’d expect from a Fitbit, along with capturing real-time stats on 20 different types of activities including swimming.

If you don’t need built-in GPS Versa 2 is a great option. If you do need it then Versa 3 is the obvious choice.

Versa Lite is the more affordable version of Fitbit’s popular smartwatch. It doesn’t have on-board Wi-Fi and on-board storage for music of its big brothers but comes with everything else.

All things considered, Versa is a great smartwatch. It’s simple to use and comes with most things the average person would want from a fitness device.

This is the one to go for if you want absolutely everything Fitbit has an offer. It looks like Versa 3 but comes in a more premium design. If you’re wondering if you’ll miss out on some functionality if you buy Sense instead of Versa, don’t worry. Because you are not. But you will get some extras.

The first worth mentioning is ECG. Taking a leaf out of Apple’s book, there’s finally a Fitbit that can take your electrodiagram. This is done by placing your fingers on the corners of the case.

The second big upgrade is 24/7 stress tracking. This takes into consideration readings from an an electrodermal activity (EDA) sensor, as well as resting heart rate, HRV, temperature and more.

All in all we are very excited about Fitbit’s latest smartwatch and are sure it will be a big seller. It is available to pre-order with shipping starting September 25th.

The Fitbit Charge is one of the best fitness bands for the average person. It comes with a large OLED, high-res display, water-proofing, excellent 7 day battery life and a great software eco-system.

You’ll find everything you need for 24/7 activity monitoring. If you don’t need built-in GPS or payments on the go, Charge 3 is an option to go for (check price on Amazon). If you do need these features than you’ll need to shell out for Charge 4.

Outside of fitness, the Charge range comes with some smart features. These have progressed so much that they are starting to blend the line between fitness tracker and smartwatch.

Inspire 2 comes with a touchscreen, on-device dashboard, all-day activity, sleep tracking, female heath tracking and smartphone notifications. It has an OLED touchscreen, and is swim-proof.

There’s a single physical button on the left. You navigate the device by tapping the screen, swiping up and down, or pressing the button.

The device keeps tabs on fitness tracking basics and automatically recognizes workouts like walks, runs, swims, bike rides and more. The built in heart rate sensor keeps tabs on your ticker around the clock at regular intervals, and in more detail during exercise.

For a long time Fitbit didn’t have a fitness tracker for kids – now it has two. The second generation is meant for a younger age group (below 8). It is rugged so can take quite a beating and comes with proper water resistance and a large screen.

The tracker dishes out rewards for moving with celebratory messages and fun, collectible badges. And, if you have a Fitbit yourself you can promote a bit of friendly family competition.

With its blocky, retro design, Ionic may not be a looker but at least it packs some decent specs under the hood. When it comes to activity monitoring, the watch offers quite a bit.

For outdoor fitness tracking, the built-in GPS/GLONASS will keep tabs on your pace, distance, elevation and split times. Fitbit has, however, taken its first real smartwatch beyond the fitness tracking environment. You get 2.5GB of internal storage for music, notifications and payments.