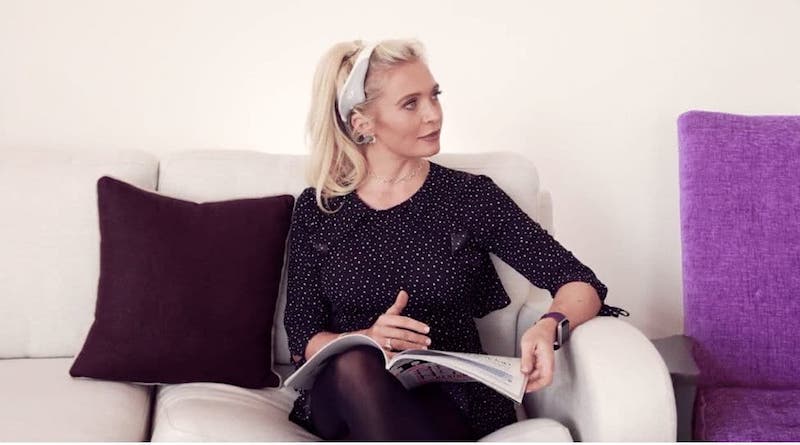 MODIUS is a new gadget that helps you reduce body fat and gives you a leaner body while sitting down. It comes from a Northern Irish health start up called Neurovalens.

The headset device was developed by neuroscientists at the University of California San Diego (UCSD). Its non-invasive and does not rely on drugs of any kind. It works instead by sending a signal to the part of the brain that controls fat storage, shifting your metabolism to burn more fat.

Essential reading: Roundup of the best smart scales on the market

The Star Trek style gadget uses low-power electrical pulses to stimulate a system in your body called the vestibular system. This is the part of the brain that controls balance and spatial awareness.

In a sense, MODIUS tricks your brain into thinking you are engaged in physical activity, speeds up metabolism and suppresses your appetite. This in turn triggers your body into burning more fat which results in an increase in lean muscle mass percentage.

All you need to do is put the headset on, attach the sticky pads behind your ears and turn it on. Modus actually advises that you sit or lie down whilst you have it strapped to your head. The device should be worn for 45 minutes a day, which less time than you would spend in the gym. To get noticeable results, it is suggested you wear it five days a week for a space of four months.

The big question is, does it really work? Neurovalens says, a clinical study involving 18 people suggests users have lost up to 16% of body fat in four months, with 8-10% being the average. Inventor Dr Jason McKeown claims it reduced his body fat by a massive 44%.

“Weight gain and weight loss are controlled by your brain, which controls your appetite, your hormones, your metabolic rate, how much fat you store, and more,” McKeown said.

“Modius resolves this issue by stimulating the vestibular nerve and activating the epicenter of it all, your hypothalamus.Through advanced technological and neurological research, we’ve discovered the vestibular system has a strong effect over people’s ability to lose and maintain weight.”

Having secured almost £1.5 million from Invest Northern Ireland and TechStart Northern Ireland, the headset has launched today on Indiegogo. MODUS is looking at an official worldwide release in the autumn and will retail for £190.