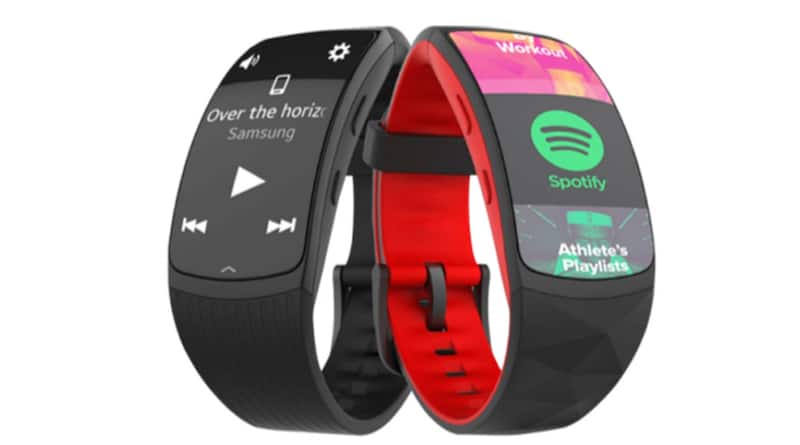 Samsung is expected the unveil the new Gear Fit 2 Pro at its 23 August event in New York. Courtesy of Venture Beat, we now have the first images of the upcoming device.

It was this time last year that the South Korean tech giant launched its second generation tracker. The wearable came with a worthy upgrade in specs including a standalone music player, increased memory storage, as well as a beautiful AMOLED display. In terms of sensors, the major bump in specs came from the inclusion of a built-in GPS and barometer.

To make things confusing, Samsung decided to name its third generation tracker Gear Fit 2 Pro. The wearable is expected to arrive with all of the above, as well as waterproofing down to 5 ATM (50 metres) as opposed to the IP68 rating of the predecessor device. The tracker will be capable of monitoring your swim sessions and it will sync with the Speedo On app for more accurate stats. It will also come with offline playback support for Spotify.

There are some design tweaks as well. Gear Fit Pro 2 will get a watch-style clasp instead of a button clasp, probably to prevent it from falling off in mid-backstroke. The screen also appears to be slightly more snug with the edges of the device.

If you’re a swimmer who subscribes to Spotify, the news of the upcoming device should make you very happy. No word on pricing yet, but we should know at Samsung’s launch event next week.