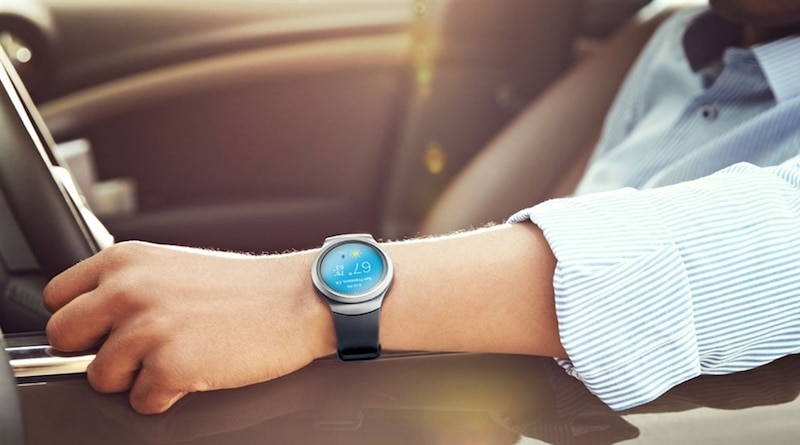 We knew that Gear Fit 2 Pro is set to launch next week and now it seems it will be accompanied by Samsung Gear Sport.

The South Korean tech giant has not done well if its aim was to keep upcoming devices under wraps. There has been no shortage of rumours and leaks. The company itself is partly to blame, as some of these leaks occured on its own regional websites.

There was speculation the new device would be called Gear S4, but it seems we are getting a break from the Gear S naming convention. The latest in a stream of revelations comes from Tizen Cafe in Korea which shared an image of what appears to be promo material.

Gear Sport is a hybrid smartwatch that features a round screen, a heart rate sensor and, according to earlier information, will be the first watch to run the Tinzen 3.0 operating system. The image is rather fuzzy but nevertheless is the first to give us an actual peak at the upcoming device. 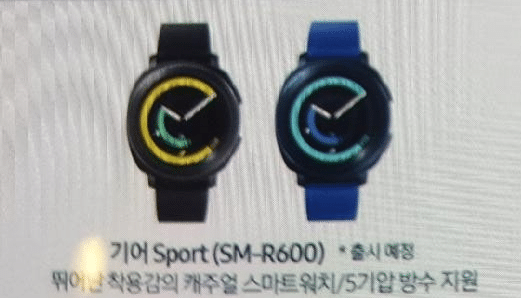 As its name implies the wearable is very sporty looking and comes across very much like the Gear S2 which came out two years ago. In a sense, this is a device that offers a blend of fitness tracking and smartwatch functionality in one slim package.

As with the Gear Fit 2 Pro, the main news is the 5 ATM water-resistance. This means that it will be safe to keep the watch strapped to your wrist down to depths of 50 metres. Presumably it will come with its own software to quantify your swim metrics in detail. We also have confirmation that Gear Sport will have a 360 pixel screen, similar to that of the S2.

The revelation was initially made public as part of an email that Samsung sent out through its SmartLab Plus program. This was followed by FCC documentation which revealed that the device will come with Wi-Fi and Bluetooth support.

Now it seems all but certain that we will see the Gear Sport at IFA in Berlin next week, along with the Gear Fit 2 Pro. Samsung’s press coverence is scheduled to begin at 18:00 CET on Wednesday August 30th.