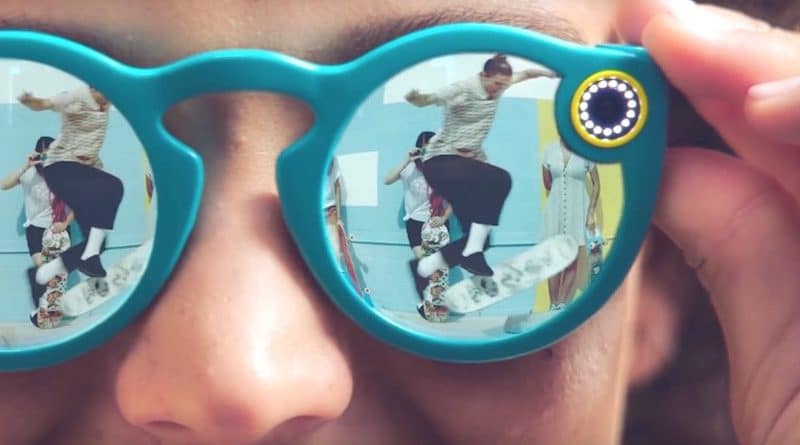 Snap Inc CEO Evan Spiegel has announced his company has sold over 150,000 units of its camera glasses since they launched late last year.

In a conversation today at the Vanity Fair New Establishment Summit, Spiegel revealed they were hoping to sell around 100,000 units in the first year, so the actual sales figures far exceeded their expectations. To put this number into some sort of perspective, he referred to the 143,000 Apple’s iPod sold back in 2002 when the music player was launched. Its a bold comparison though, considering Apple’s product has gone on to sell over 300 million units since then.

Released in November last year, Snapchat Spectacles are sunglasses for kids with an integrated video camera. By tapping a button on the top left-hand corner of the glasses, the recording mode is activated and 10 seconds of video is captured. A second tap activates 30 seconds of continuous video recording. What sets Spectacles’ footage apart is that it captures the human perspective with a 115 degree field of view that resembles the human eye’s natural field of view.

The Snap CEO is convinced the specs have a viable future.

“Our view is that hardware is going to be an important vehicle for delivering our customer experience maybe in a decade,” Spiegel told TechCrunch.

“But if we believe it’s going to be important in a decade, we don’t want to be starting a decade from now.”

The figures come amongst rumors Snap is working on a second generation device. Spiegel did not make any mention of this, but a patent filed by the company earlier this year describes a pair of sunglasses that feature augmented reality capabilities. Whether or not this becomes Snap’s next big thing remains to be seen.