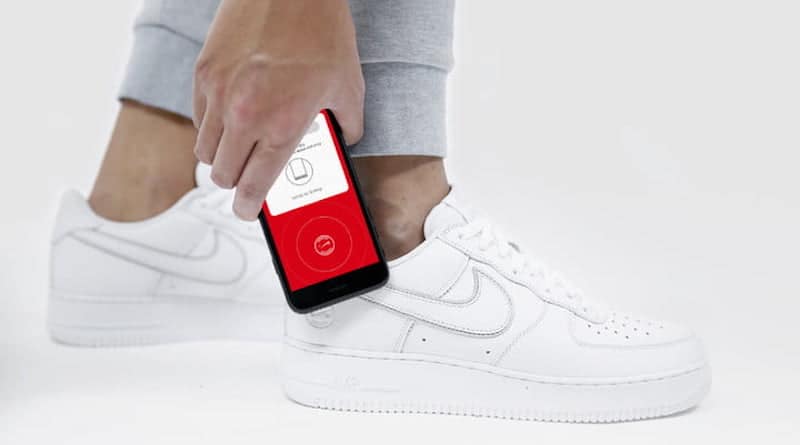 NikeConnect technology will be introduced for the first time to footwear. The limited edition Air Force 1 NikeConnect QS will come with an NFC (near-field communication) chip to communicate with NikePlus app users.

Announced in 2015, Nike’s partnership with the NBA began with the 2017-18 season. To this end, the company launched NikeConnect jerseys, featuring an NFC chip under the NikeConnect logo on the jersey’s jock tag. The collaboration gives NikePlus members and NBA fans access to exclusive offers, customised content and more. This is the first time that premium NBA content can be accessed through interaction with apparel.

Now, the same technology is coming to sneakers. The NFC chip will be embedded under a NikeConnect logo on the heel of the shoe. A simple tap is all it takes to unlock access to exclusive content, Nike events and offers.

Its worth mentioning the sneakers do not have any fitness tracking smarts but this could open the door for a new, more high-tech trend in future apparel releases. For now the concept is still in testing stage and will be limited to NikePlus members in the New York City area. The release is slated for later this month, although an exact date has yet to be confirmed.