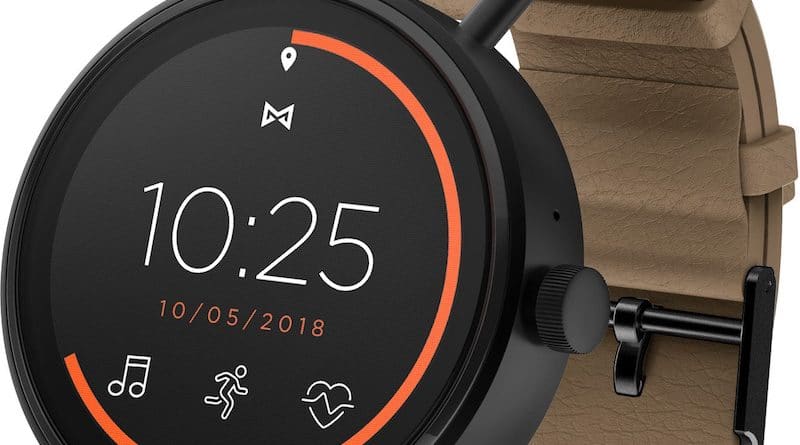 Misfit Vapor 2 details have been leaked online by at least two different retailers. The next generation smartwatch comes with a larger display and several improvements under the hood.

If you’ve been holding out for a Misfit’s smartwatch, you may be better off waiting a bit longer. Vapor 2 seems to be in for an imminent landing.

Misfit’s first smartwatch was launched on October 31st last year. It came with a plethora of sensors, on-board storage for music and a full-touch, 1.39-inch circular AMOLED screen.

Details of the next generation device were published by a Dutch online retailer called coolblue.nl. At the time of writing the posting is still up. The device is set to benefit from a larger display the second time around, made possible by thinner bezels. The screen is 1.42 inches with a resolution of 454 x 454. The width of the device is 46mm and thickness 13mm (versus 44mm and 13.5mm on the original Vapor).

Its possible the larger display real-estate will come at the expense of the touch bezel as the manual makes no reference of this feature. Yes, the manual has been leaked, too!

Nordstrom, a retailer in the US lists another model. This one is only 41mm wide and 12mm thick and sports a 390 x 390 display. Its likely the larger model is meant for men and smaller for women. 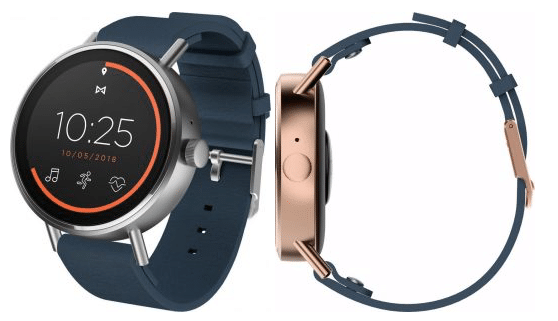 In terms of other specs, the watch will benefit from similar upgrades to other Gen 4 devices in the Fossil Group. This includes built-in GPS and NFC for Google Pay. Misfit had planned on including built-in GPS in the first generation watch, but ultimately decided to drop it in favor of Connected GPS.

Battery life has not seen much of an improvement. The Wear OS device will run up to 2 days between charges, pretty much the same as the previous generation. Its possible the watch will use the new Qualcomm Snapdragon Wear 3100 processor, although this has not been confirmed yet. Considering the battery life is unchanged and that this has passed through the FCC in June, perhaps not.

There will be a choice between several case options including black, rose gold and silver. Straps will come in leather, rubber, and metal link.

Prices should range between €230 and €250 depending on the model. Seeing that retailers are already starting to prepare listings, we are expecting Misfit Vapor 2 to land by the end of this month. A pre-holiday sales launch would make sense.