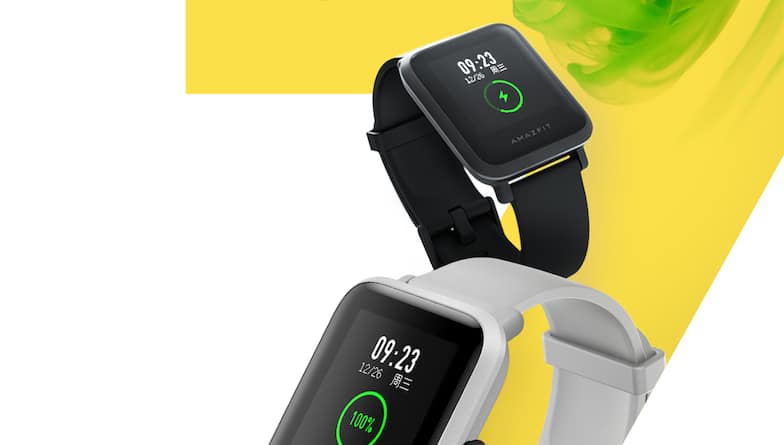 Yes, there is a Amazfit Bip S Lite version, too. The $52 wearable was launched in China today packing NFC and built-in GPS.

Amazfit Bip S was unveiled at CES 2020 earlier this year. An updated version of the popular Bip, it comes with proper water resistance (5 ATM) this time around, an improved GPS chip and heart rate monitor, new exercise modes and more.

We knew a lite version was coming. A couple of months ago Bip S received the stamp of approval from the Federal Communications Commission (FCC). A parallel entry mentions a Lite version.

The predecessor device also came in a lower spec iteration, as well. The difference between them is the inclusion of GPS /GLONASS, Geomagnetic sensor and Air pressure sensor on the more expensive device.

The latest wearable under the Amazfit monkey was launched today. As shown in the images, Lite 1S looks identical to its big brother. The square-shaped 1.28 inch (176 x 176 pixel) always-on display, 2.5D curved screen panel protected by Corning Gorilla Glass 3 and single physical button are all there.

The 200 mAH battery in Bip Lite 1S keeps going for around a month. This is less than the 40 days on Bip S despite its larger capacity. There’s IP68 water-resistance (versus 5 ATM), built-in GPS and NFC. The timepiece also comes with a compass and barometer. Does this mean it is able to count floors climbed? Probably not as other watches in the Bip range can’t.

Other functionality that has been confirmed by Huami includes notifications support for QQ, WeChat and SMS. There’s also the ability to unlock Xiaomi smartphones. 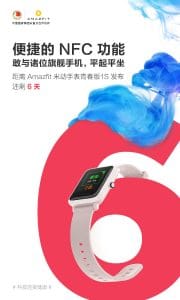 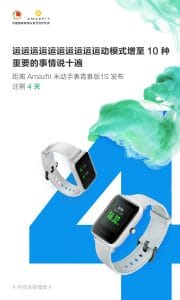 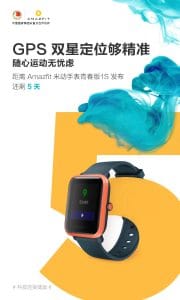 Apart from shorter battery life and poorer water-resistance, there doesn’t seem to be too much different between Lite 1S and its big brother. So it’s not really clear why Huami has decided to release this version.

Nevertheless, the watch is up for pre-order in China for 369 yuan, which is around $52. It will soon revert to its regular price of 399 yuan ($56). There are orange, white, pink and black colours to choose from. Shipping start in just over a week, on May 8th.

Amazfit Bip S is up for sale now in a number of Eastern-Asian countries as well as Australia. We are still anticipating wider international retail availability. Hopefully the wait will not be as long for the Lite version. 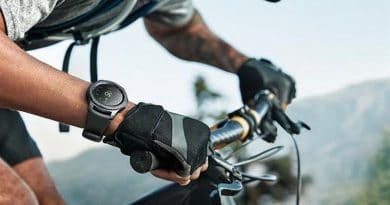 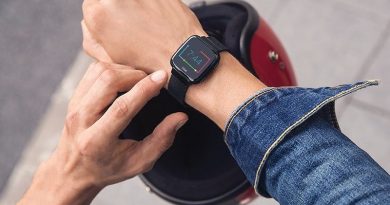 Smartwatch sales show no signs of slowing down 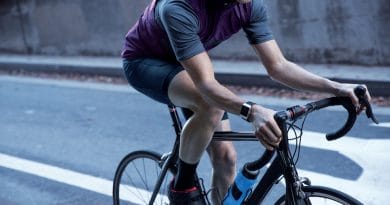