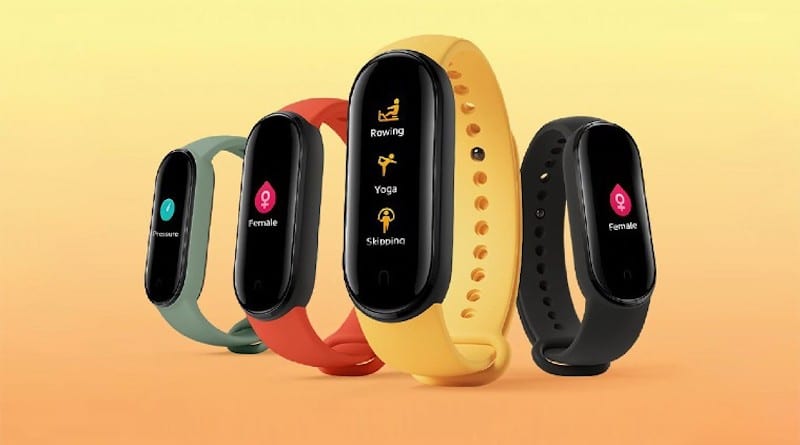 Xiaomi’s latest fitness tracker, Mi Smart Band 5, can now be picked up on Amazon in the US and some other countries. The device lacks the NFC of its Chinese counterpart but otherwise is the same.

The wearable was originally launched in Asia about a month ago. It comes with a larger 1.1 inch OLED display as the biggest upgrade over its predecessor, along with a number of other improvements. The Chinese version also has NFC support.

Mi Smart Band 5 is the name of the international version, but don’t let the different name fool you. The tracker is essentially the same as the Chinese version.

Some were hopeful the international version would also come with NFC support but this did not turn out to be the case. Support for Amazon’s voice assistant Alexa and the ability to take blood oxygen readings (SpO2) is also not there. There is talk, though, of a more expensive Pro version that will come with these missing features. Exactly when? That’s unclear.

All of this means that Mi Smart Band 5 is a slightly slimmed down version of its Asian counterpart. Apart from the larger (more high res) screen, you do get the other upgrades such as more sports modes, better heart rate measurement, barometer, 11 sports modes (versus 6 on the previous iteration), more detailed sleep tracking, female health tracking and more. You also get the awsome 20 day battery life.

Where and when can you buy it?

You can pick up the Xiaomi Mi Smart Band 5 in the EU from Xiaomi’s website. It will set you back €39.99 (about $45).  This is slightly more expensive than the $35 price tag of its predecessor. It is also available in the US and some other countries on Amazon (check price).