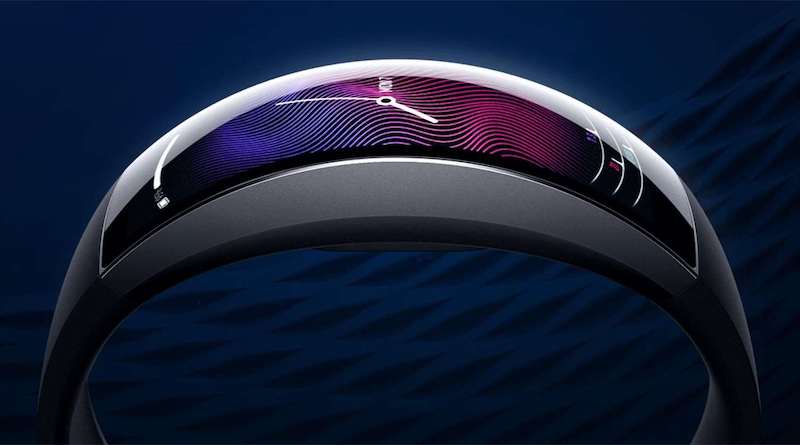 The Amazfit X smartwatch has launched today on the Xiaomi Youpin platform. Those that purchase now can expect to receive the device at end-October.

This follows a very successful Indiegogo campaign for the wearable which raised nearly $2 million. There was so much interest, Huami decided to extend that campaign for a month. Shipping to early backers has already begun.

There is nothing particularly unique about Amazfit X features. The popularity of the device is largely due to its awesome design. We’re not really sure if its a fitness band or a smartwatch – or perhaps a bit of both.

The wearable looks far ahead of its time with a beautiful curved 2.07-inch display. The screen has HD resolution (326 ppi), 100% NTSC high color saturation and brightness of up to 430 nits.

As far as features you get the standard gamut offered by Amazfit-branded devices including their proprietary operating system. For fitness, the wearable tracks movement, exercises, heart rate, sleeping and even blood oxygen.

There’s no built-in GPS though so you will need to rely on a connected smartphone for that. The 5 ATM water-resistance means you never really have to take it off apart from charging (once every 7 days), and that the wearable also tracks swimming.

The wearable is selling for or CNY 999 (slightly less than $150) on the platform which is a bit less than the early-birds paid on Indiegogo. That’s not too much of a surprise as most Chinese products have a lower price-tag in their home country.

Early-birds on Indiegogo will be happy to know that manufacturing is going fairly well. The logistics partner has picked up the first batch of 1,500 devices from the factory as of August 18th.

That’s actually slightly below the 6,000 originally planned for that date due to the COVID-19 situation and the affects this is having on slowing production. Huami also cites challenges involved with mass producing the curved display.

The Chinese tech giant is planning to send to Indiegogo backers around 30,000 devices over the next month. Here’s the current schedule. 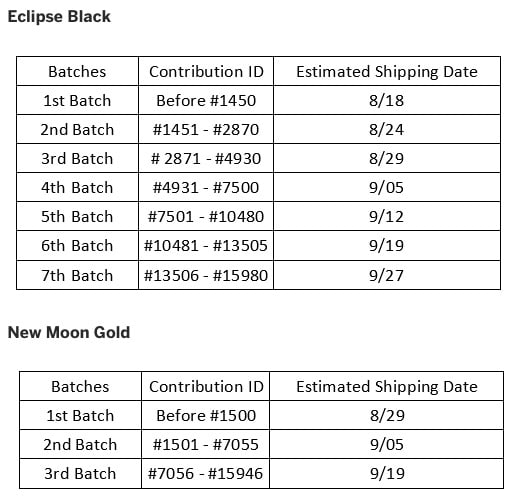