Another variant of Oppo Band called Style has launched in India later today. The original Oppo Band is expected to be made available for purchase in Europe fairly soon.

The device was unveiled in China last Summer. It comes in a few variants including the regular edition and Oppo Band Fashion. There is also an Oppo Band Eva which was released at the 25th anniversary of Neon Genesis Evangelion anime.

The technical features that are common to all the variants include a 1.1 inch AMOLED touch-display (covering 100% of P3 color gamut with a resolution of 126 x 294 pixels), and functions such as 5 ATM water-resistance, pedometer, sleep tracking, heart rate monitor and even a SpO2 sensor.

This covers the basics that you would expect from a fitness tracker. The 12 sports modes the band tracks include the likes of cycling, running, hiking, free training, badminton, swimming, rowing, elliptical and weightlifting.

In terms of non-fitness features there are messages, call alerts, hundreds of band faces (5 on the band the rest in the app), app notifications, music controls, weather, stopwatch, alarm and find my phone. The Fashion iteration also has the addition of NFC connectivity for on-the-go payments.

The main differences, though between the three are in design. The variants come in different strap options and color combinations.

Battery life is pretty decent. The bands will go for up to two weeks on a full charge thanks to a 100mAh Lithium-ion battery. To refuel from zero to full takes about an hour and a half via the pogo pin charger.

The company has launched another iteration later today. This one is called Oppo Band Style and it is first being made in India. In fact, the Amazon India listing is already up.

All the specs are the same as the regular variant. As the name implies, the main difference is once again in design. Band Style comes with a metal buckle which makes it look a big more fancy. In the box you still get the silicone strap so can swap it around for a more sporty look. 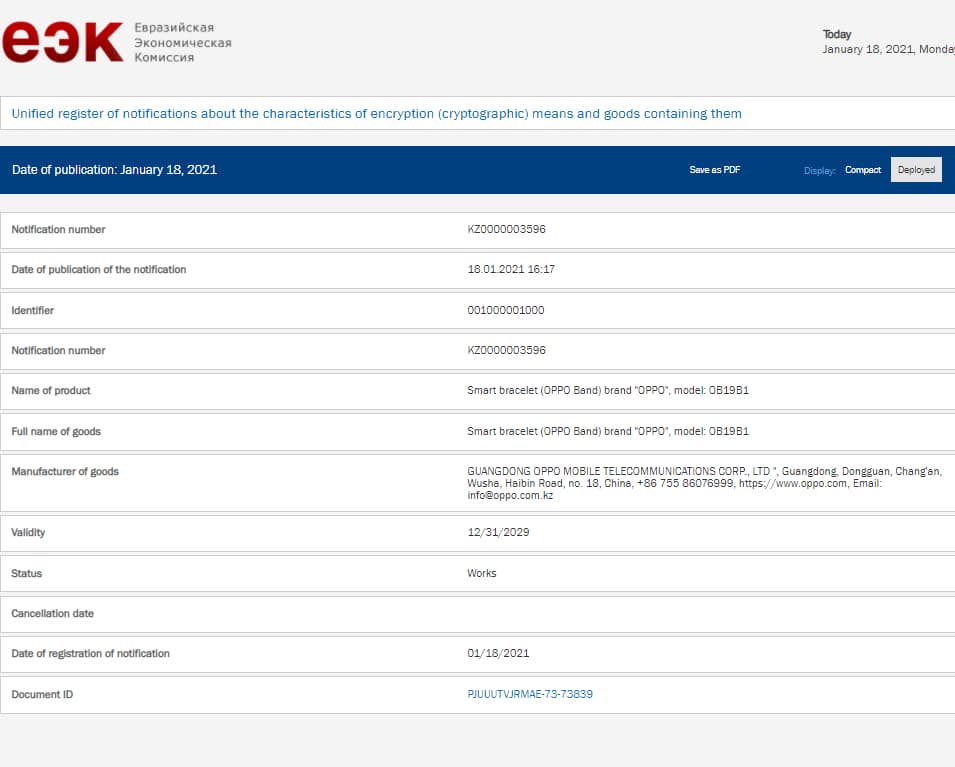 The new Oppo Band Style variant sells for 2,799 INR in India. This equates to around $38.