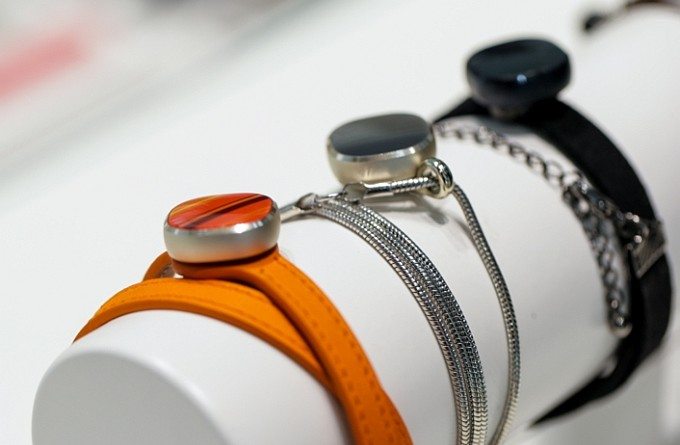 The Samsung Charm is an accessory for the Galaxy S7 and Galaxy S7 edge that was launched at MWC 2016 in Barcelona. The lifestyle band is designed to look like a piece of jewlery, while also tracking your daily activity.

The device uses a small LED to make you aware of incoming or missed calls and messages. The band can be controlled via the Charm app and can be paired to Samsung smartphones via Bluetooth.

Promoted as a “new type of wearable”, Samsung’s device sports a 17 mAh lithium-ion battery. This gives it enough power to last up to 18 days, if LED notifications are not in use.

The Charm also doubles as a basic fitness tracker that can count steps, track distance and count calories. This data can be exported to the Samsung’s hub for fitness information, the S Health app.

To suit both men and women, the Charm comes in two versions, bar and square-shaped, with three color options — Rose Quartz, Gold and Black.

The new device is an interesting accessory type which could aid Samsung in gaining more presence in the wearable market. Although there is no word on pricing yet, this is a budget fitness tracker which will have as rivals, the likes of Xiaomi Mi Band, Fitbit’s and Jawbone’s low-end fitness trackers and the newly announced Withings Go Inc tracker.