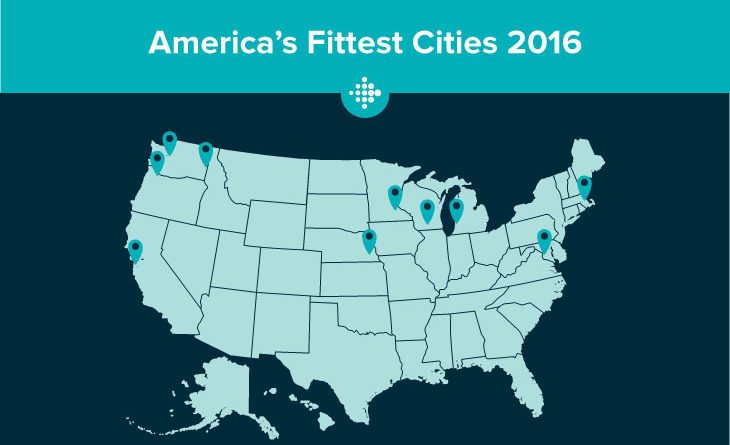 Fitbit has tapped into its user database once again, to bring us some interesting insights into our health and fitness habits. This time, the leading wearables manufacturer has combined data from 10 million Fitbit tracker users on average number of steps, active minutes, resting heart rate, and sleep duration to bring us their verdict on the ‘fittest’ city in the US.

As Fitbit rightly points out, there are many ways to asset how ‘fit’ a city is. You can, for example, look at the number of parks and public recreation spaces or gym memberships sold. However, with the advent of fitness trackers, we now have a much better way.

So what does the data say?

Apparently, Madison, the capital of the State of Wisconsin is the fittest city in the US. The city has consistently ranked near the top of the best-places list in subsequent years, with its low unemployment rate a major contributor. Madison was named the number one college sports town by Sports Illustrated in 2003. In 2004 it was named the healthiest city in America by Men’s Journal magazine. Many major streets in Madison have designated bike lanes and the city has one of the most extensive bike trail systems in the nation.

Cities with most steps

Cities with most active minutes

For more information on the study, head over to Fitbit’s blog.