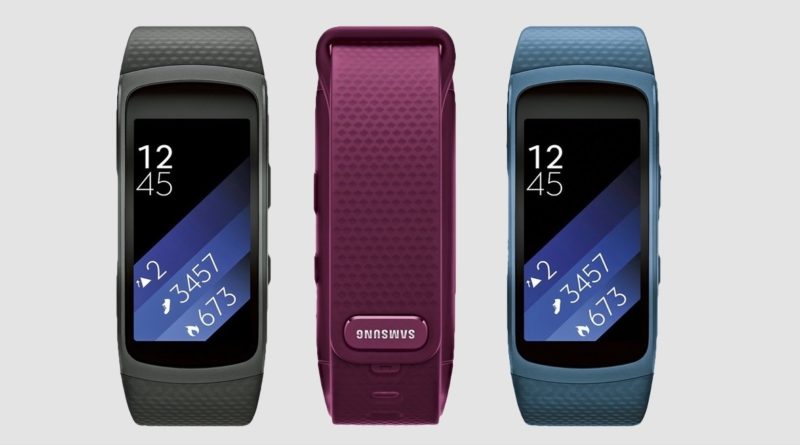 Just a few days after the upcoming Samsung Gear Fit 2 and Gear IconX wireless earbuds accidentally appeared on the company’s own website, the rumour mill has provided even more images of the upcoming wearables.

The first leak cam from VentureBeat at the end of April. The newest one comes from Evan Blass, who appears to have got hold of some images of the new Gear Fit device which show that the unannounced device will be available in black, pink and blue colours.

The images show Gear Fit 2 with its display on, showing the time, steps taken and calories burned. The leaked images also suggest that the wearable will include an altimeter to track elevation, while earlier rumours indicate there will be a GPS chip, 4GB internal memory, water resistance and a heart rate monitor. The other features are likely to be the same, so expect the inclusion of standard fitness tracking sensors.

The Fit 2 follows in the footsteps of the 2014 Gear Fit tracker, Samsung’s first dedicated fitness band. It is expected that the Fit 2 will still sport a 1.84-inch Super AMOLED display, but the new model will be curvier than the original to contort better to your wrist. There is a metal rim around the display and it features a textured rubber strap that is secured with two metal pins.

The second product is the successor to the Gear Circle headset. The new Gear IconX are completely wire-free touch-controlled earbuds. The buds double as both a fitness tracker and a standalone digital music player, and have 4GB of onboard memory to help them perform these functions. They will also come with a case to keep them juiced up when you are not wearing them.

There are no details on how much the Gear Fit2 and Gear Circle headsets are going to cost or when they are going to launch. Judging by the number of different leaks, launch could be imminent.