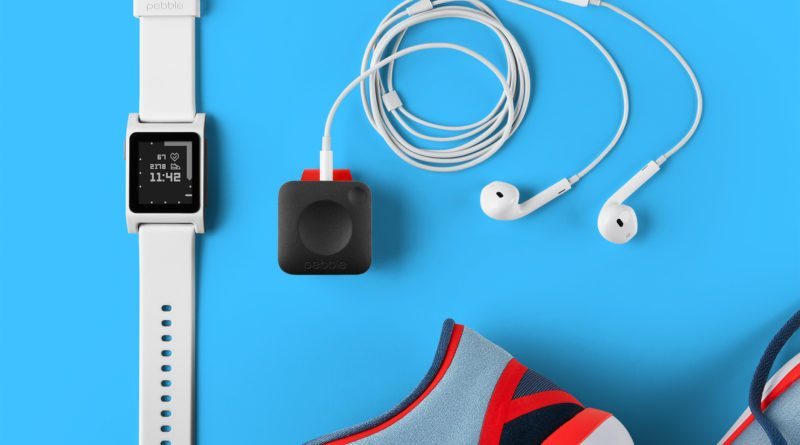 Gadget startup Pebble has announced today that it is releasing a trio of health focused devices. Two new heart-rate enabled smartwatches and a fitness tracker capable of streaming music and tracking your location via GPS without the aid of your phone.

The Kickstarter campaign has already smashed past its $1 million target with over $4 million pledged in just a few hours since it launched. Currently there are over 20,000 backers and the number is rising quickly.

Pebble was the first smartwatch company to sell more than one million units and remains the most successful Kickstarter campaign of all time. In 2012, the company raised more than $10 million on the crowdfunding platform to launch their first smartwatch. In 2015, they did it again, only this time they doubled the amount raised to a record $20 million.

Amongst the trio of wearables announced today, arguably the most interesting is Pebble Core – the company’s first gadget that is not a smartwatch.

Pebble Core is a stand-alone small clip-on device that tracks location, distance and pace via its GPS sensor. It dishes out real-time stats via audio cues and syncs with Runkeeper, Strava, and other fitness apps.

Aimed primarily at runners, the Core streams music while on the go and you can even use it to send an emergency SOS with location. Inside the casing there is a SIM card slot for cellular access which means you can use it entirely independently of a smartphone.

There is no screen – instead the device contains a number of LED lights to indicate when a function has been activated. This is a budget activity tracker. It will retail for $99 when it is launched in January. You can pre-order it now though, for a reduced price of $69. 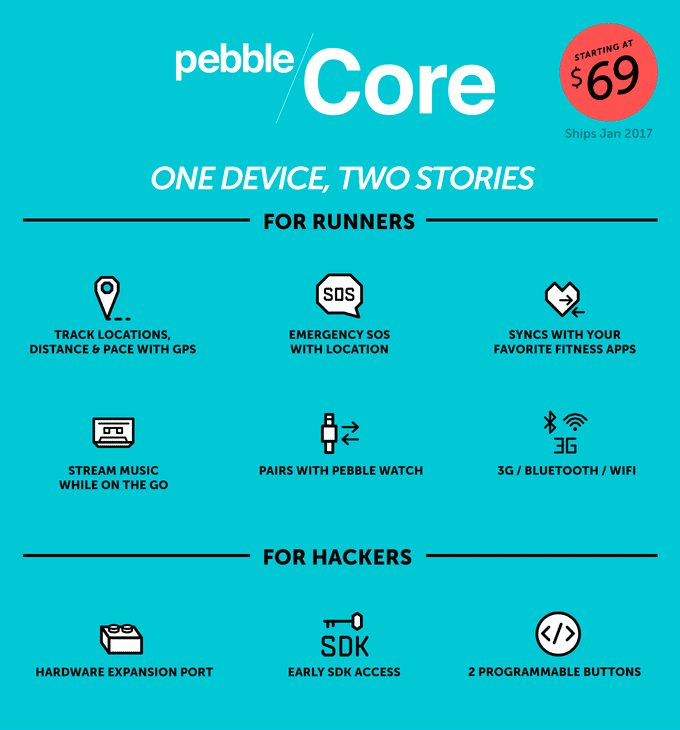 It looks like health and fitness are Pebble’s focus this year. The company’s other wearables are two heart-enabled smartwatches. The $99 Pebble 2 is a thinner and lighter version of the original Pebble watch. It has the same black-and-white display but with a Corning Gorilla Glass coating instead of the plastic coating.

“I don’t think the best solution on the wrist is something generic [that] tries to do everything,” said Pebble CEO Eric Migicovsky.

“There’s a particular set of things people are actually looking for. We’re focused on that, we think those two things are notifications and health and fitness.”

Both watches have built in activity and sleep tracking, are water-resistant up to 30 metres and have a built in microphone. They also come with a bespoke Health app. It is worth nothing that the heart monitor tracks your resting heart rate every 10 minutes, unless you begin a workout on the watch, or it automatically detects an activity, during which it will continuously record your heart rate until you’ve finished. 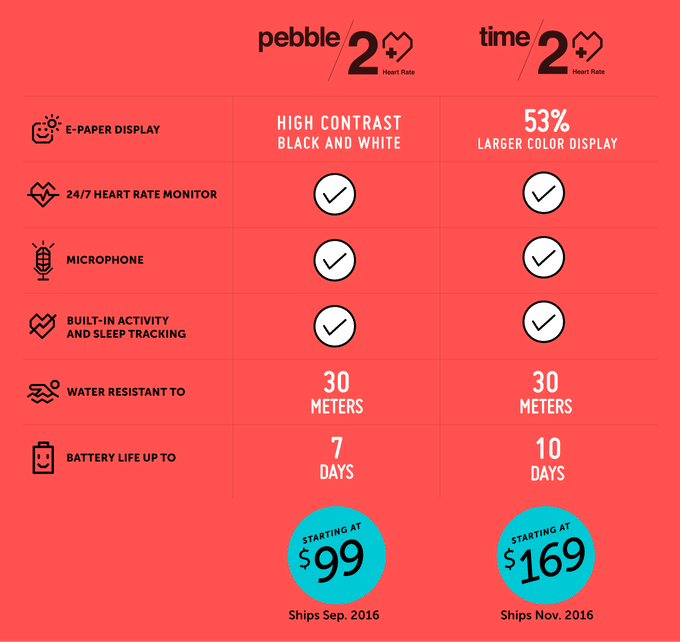 For more details or to pre-order head over to Pebble’s Kickstarter campaign.