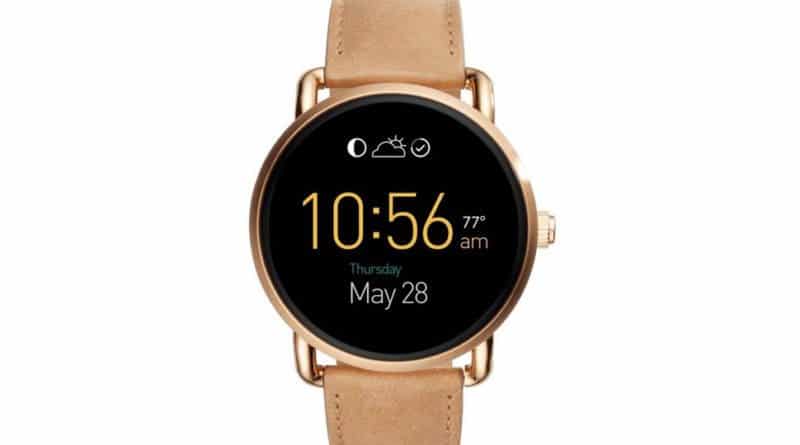 At the start of this year, Fossil announced that it would release 100 new wearable devices this year. We’ve seen a number of them already. It seems though that the best is yet to come.

“The first will be Fossil and Michael Kors smartwatches on Google’s Android Wear platform. Those will hit the market at the very end of August and early September.”

The second wave will be between September and mid November, and will include the release of hybrid smartwatches and trackers across eight brands: Fossil, Michael Kors, Kate Spade New York, Armani, Diesel, Misfit and Chaps by Ralph Lauren.

The company’s share price jumped in after-hours trading despite the company reporting revenue figures which came below expectations. Worldwide net sales during the three months to 2 July were down 7% to $54.6m.

Fossil said the fall was driven by a “decline in the company’s multi-brand licenced watch portfolio and the negative impact of changes in foreign currency”.

“On that front, we are well on our way to launching connected accessories across more of the brands in our portfolio and are on track to deliver this product in the third quarter,” said Kartsotis.

“Weaker performance in our wholesale channel, particularly in the US, where the business is most challenged, is likely to continue. However, we believe the innovative products launched later in the year can begin to re-energize the channel.”

Kartsotis added that the results, “while below last year, were very much in line with our expectations from both a top and bottom line perspective”. He noted that several areas of the business performed well but were dragged down overall by “continued weakness in the traditional watch category”.

“We believe that growth in Fossil and Skagen, strong performance from leathers and progress in wearables are solid indicators that we are on the right track, have the right long-term strategies in place and their performance reinforces our commitment to investing in these strategies to drive future growth.”

Starting at the end of this week, consumers will be able to preorder some of Fossil’s new products. This includes the Q Wander and Q Marshal, which were introduced earlier this year and start at $295. Pre-orders open on August 12th.

The two watches powered by Android Wear follow in the footsteps of the Q Founder which was released in the latter part of 2015. With their touchscreen displays, refined steel, and classic leather accents, these are very smart looking devices. The Q Wander features a 44mm case and more feminine look, while the Q Marshal is slightly larger at 46mm and features a a rugged case.

Both watches feature always-on displays which allow you to respond to messages by tapping the screen or by using voice commands. These smartwatches also let you stay on track with your commute info, flights, and timely reminders. As far as other functions go, the watches are very similar to the Q Founder and track steps, distance, and calories.