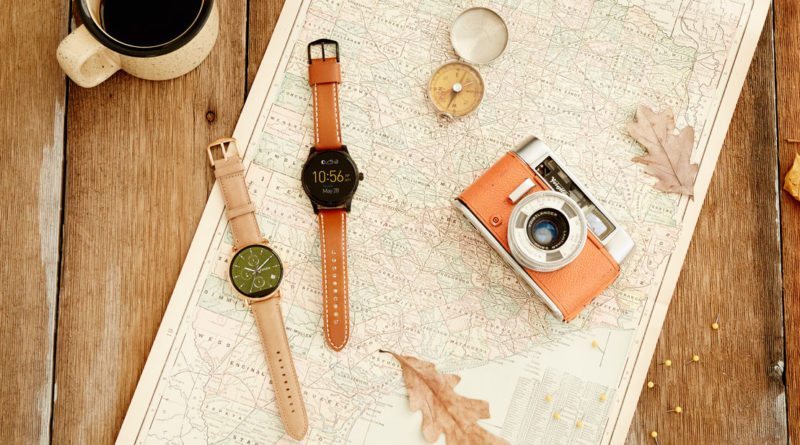 Back in January at CES 2016, Fossil announced that it would be popping out 100 new wearable devices this year. If you thought they were joking around, you were wrong. The company announced 7 new devices this morning at the 2016 Fossil Global Exposition at Baselworld in Switzerland. This includes two new Android Wear smartwatches, the next generation Q Motion fitness trackers and smarter analogue watches.

“We love the digital influence on our world today! It opens up a more direct dialogue with our customers, allowing us to design products and update technology in a much more impactful way,” said Jill Elliott, chief creative officer.

“Customers want to be connected to the world around them and are eager to access information about daily activities, filtered content, and their social networks. The expanded Fossil Q line brings creativity, curiosity and connectivity through smarter watches and trackers that enhance their personal style.”

We have written about the range of fitness tracking devices called Q Motion earlier this week. The new device closely resembles Misfit’s Ray Activity Tracker. It connects to your Android or iPhone via Bluetooth, and tracks steps, distance and all the usual metrics, and for the first time for a Fossil wearable – sleep. Q Motion also features “Smart Tap” technology. This means you can tap on the tracker to play your favorite music, find your phone or take that perfect selfie.

This is one less device you will need to recharge. The coin cell battery will keep it powered for up to six months. The device is also water resistant up to 50 metres. The Q Motion costs $95 and comes out this summer.

The two watches powered by Android Wear follow in the footsteps of the Q Founder which was released in the latter part of 2015. With their touchscreen displays, refined steel, and classic leather accents, these are very smart looking devices. The Q Wander features a 44mm case and more feminine look, while the Q Marshal is slightly larger at 46mm and features a a rugged case.

Both watches feature always-on displays which allow you to respond to messages by tapping the screen or by using voice commands. These smartwatches also let you stay on track with your commute info, flights, and timely reminders. As far as other functions go, the devices are very similar to the Q Founder and track steps, distance, and calories.

Q Wander and Q Marshal can be personalized with customizable watch face designs, including interchangeable straps. Fossil has not specified a release date, apart from saying that the smartwatches will be available later this year.

Fossil also teased what it calls “smarter analog watches,” to be launched in the fall. The three new devices look very much like standard analog watches, but alert you to incoming calls as well as notifications with just the turn of the watch hands. They also track everything from steps to calories, sleep, automatic time zone updates, and connect to an Android smartphone or iPhone device via Bluetooth. There is a mix of feminine rose gold and sportier styling.

So that’s 7 down, 93 to go! It will be interesting to see what else Fossil has in store for us this year. At Baselworld, the company announced that by the end of this year we will get wearables from a number of brands including Michael Kors, Chaps, Diesel, Emporia Armani, Kate Spade and of course Misfit – the company it acquired last year. In the announcement, Fossil Group also states that these wearables will be available in 40 countries, and will feature a mixture of display and non-display devices.