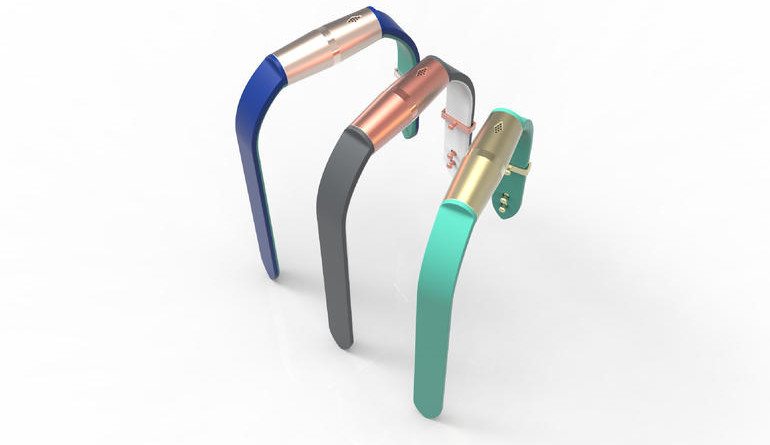 Q Motion is the latest to join Fossil’s Q line of wearables, which debuted last fall. This is a slim, cylindrical tracker that features interchangeable straps to fit your personal style. It is also the company’s first wearable to track sleep in addition to activity.

Fossil is an American designer and manufacturer of clothing and accessories, well known for its line of watches and jewelry, and other products. The fashion company has only recently joined an increasing number of companies coming out with smartwatches and connected accessories. At CES 2016 in January, it stated that it would launch more than 100 connected devices this year.

This announcement follows in the footsteps of Fossil’s acquisition of Misfit late last year. And, as the pictures of Fossil Q show, the new device looks like a close cousin of Misfit’s new Ray Activity tracker. Both devices are stylish, yet minimalist, bracelets that have no screen.

Similar to Fossil’s other devices, Q Motion is a bracelet that connects to your Android or iPhone via Bluetooth, tracking steps, distance and all the usual metrics, and for the first time for a Fossil wearable – sleep.

Using Fossil’s proprietary app, users can also prioritize the apps and contacts from which they would like to receive notifications. When that app or person sends a message or update, the user receives a vibration or flash of an LED light.

In addition to tracking your sleep and activity, Q Motion features “Smart Tap” technology. This means you can tap on the tracker to play your favorite music, find your phone or take that perfect selfie.

This is one less device you will need to recharge. The coin cell battery will keep it powered for up to six months. The device is also water resistant up to 50 metres. The Q Motion costs $95 and comes out this summer.