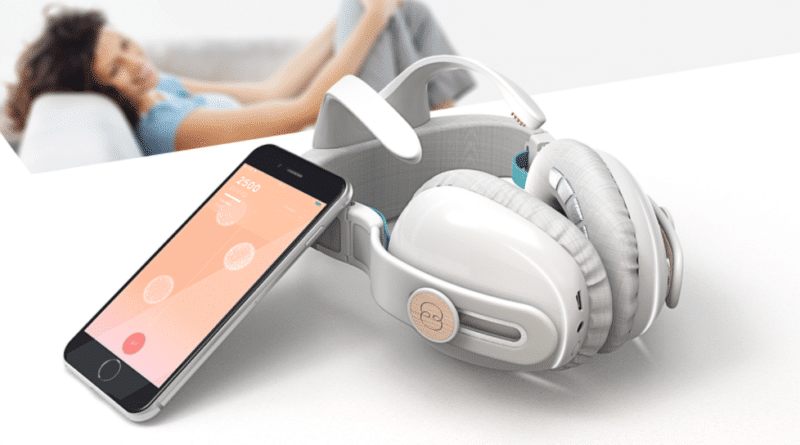 Melomind is an EEG headset that trains your brain to cope with stress.

Stress is sometimes called the ‘Epidemic of the 21st century’. Over two-thirds of office visits to physicians are for stress related illnesses. It is also called the ‘silent killer’ as it contributes either directly or indirectly, to a host of medical conditions.

Despite this fact, we treat stress like it is just a normal part of modern life. With a little coaching, however, your brain has the ability to reduce its impact and protect you against its negative effects.

Neurofeedback is at the very core of Melomind’s technology. Neurofeedback has been studied for decades by neuroscience laboratories all around the world. It consists in a constant information loop running between the EEG sensors and the training program of the smartphone app: Melomind trains your brain by giving you instant feedback on its activity.

The device generates an audio soundscape that responds to your brainwaves in real-time. Your only task is to relax. Regulating the music by relaxing activates one of your brain’s amazing abilities: its neuroplasticity. Your brain adapts and strengthens itself when you learn to relax.