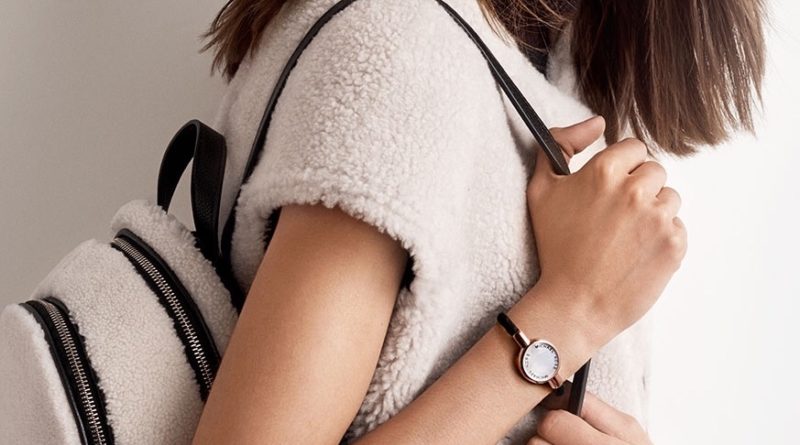 The company, which has been around since 1981, is known for watches, handbags and other accessories. As of 2015, the MK Holdings has more than 550 stores and over 1500 in-store boutiques in various countries. Michael Kors is actually part of Fossil Group, so is doing its bit in helping Fossil achieve its stated goal of launching 100 wearables this year.

In terms of activity tracking, Access Crosby will keep tabs on the basics including your steps, calories and distance travelled, with LED notifications that let you know whether you’re on track.

At night, it will take inventory of your beauty sleep with a built-in monitor that lets you record your progress over time. You can also use the tracker to find your phone, skim your playlist or take a selfie.

The tracker operates on a coin cell battery, which will keep it going for up to four months before needing to be replaced. It’s also water resistant to 3 ATM.

Access Crosby works with both iOS and Android, and integrates with a number of fitness apps such as Apple Helathkit, Jawbone UP and Google Fit.

While there is nothing to get particularly excited about in terms of functionality, it is in terms of design that the wearable really shines.

The tracker comes in four beautiful colours: 2 Rose Gold Tone options, Black and Navy Tone. In terms of material, you will find that it is a blend of 68% Steel, 1% Mother-Of-Pearl, 4% Glass and 27% Silicone.

If you prefer, you can always opt for a cuff design named Access Reade which is essentially the same tracker packaged differently.

Michael Kors new trackers will be available this fall starting at $85.