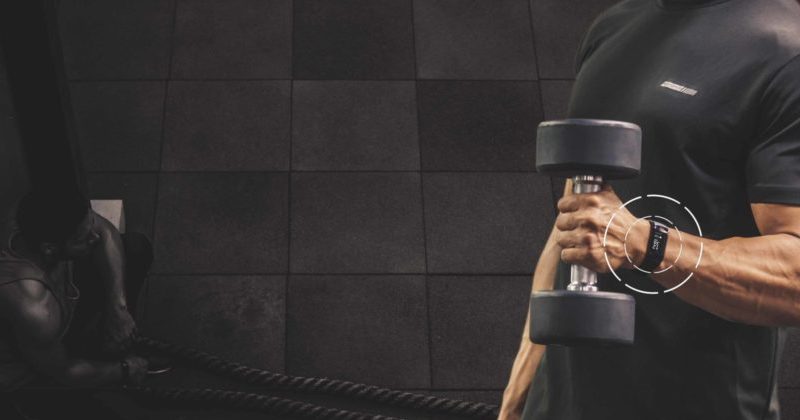 Activity trackers designed to make your gym workouts more effective are few and far between. Actofit is the newest kid on the block, but you can’t order the wearable just yet. It is still in development. The Indian startup behind the product has partnered up with Indiegogo for the booking of its pre-orders which is expected to kick off on 25th October, 2016. The company says its due to start shipping its first batch as early as December 2016.

Actofit Wearables had earlier raised $750,000 its pre-Series A round of funding, which was led by venture capital firm Next Orbit Ventures Fund and angel investor Nilesh Jain. In July last year, Next Orbit Ventures invested $150,000 into the startup.

The tracker, which has been under development for two years now, promises to auto-track 75+ gym exercises and count sets and repetitions. You will get various analytics including velocity, power, force, energy burn, explosive strength, one rep max and tonnage.

Essential reading: Boost your gym session with these gadgets

It will also evaluate your form. Any exercise you perform is correlated against the database of expert fitness trainers exercise forms and compared for differences in speed, trajectory and range of motion. Alternatively, you can or your personal trainer can train the network. The software platform allows users to add or customize any kind of motion and track it, which has applications across different sports, yoga, physiotherapy and more.

The device also functions as a standard fitness tracker keeping tabs on your activity, continuous heart rate, sleep and providing you with notifications.

Actofit uses 9 axis motion sensors to track movement in the 3D space. Using machine-learning algorithms, Actofit has built an activity identification platform and has multiple pending patents. Similar to the Beast Sensor, it also utilizes something called Velocity Based Training. This takes the guesswork on how much load you should be adding or removing on a particular set. It also tells you if you should move on and try a new exercise altogether by using the measurement of the bar speed and work to understand the force production.

“Actofit is the next generation fitness tracker that combines daily lifestyle tracking with in-depth analysis of your gym workout,” continued Lamba.

We will be looking forward to the launch of the product towards the end of this year. Statistics show that only 3% of the population have gym memberships, and about a half of those rarely attend. If Actofit is successful, it will join a select group of wearables which remove the burden of manual tracking and help you workout smarter.