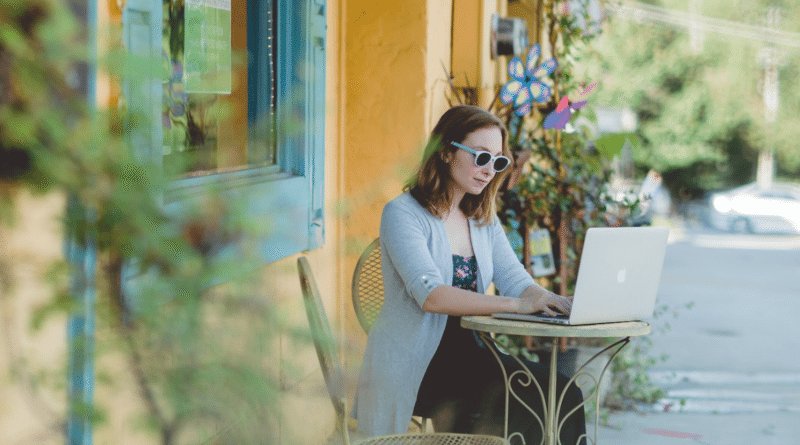 Google Glass was an ultimately failed attempt at giving us glasses that do more. Publicly announced in April 2012, most of us had high expectations. But after a few months public sentiment turned. The specs were rather odd looking and also ended up receiving criticism and legislative action due to privacy and safety concerns.

But don’t write off the smart glasses concept just yet.

A Kickstarter campaign has just been launched to develop Vue – smart glasses that are designed for everyday use. At a basic level, Vue function as normal glasses, meaning you will be able to order the lenses you depend on, whether they are prescription, non-corrective, or sunglasses.

In terms of smart features, the specs do not try to do as much as Google Glass which is probably a good thing. For one, there is no display. Built into the specs is a little microphone so you can issue voice commands. Also there are no earbuds. Instead, the glasses use bone conduction technology to send sound waves as vibrations through your skull. This frees your ears so you can still listen to your surroundings.

In addition to using voice commands, there is a little touch interface embedded into the arm of the frame. The touch surface fits seamlessly into the design and is indistinguishable from the rest of the frame. Vue has no ports or buttons, ensuring that the experience is as least intrusive as possible.

There are various styles and colors to choose from, and the glasses will keep going 2-3 days on a single charge. Charging time is 2 hours and it is done wirelessly via the charging case.

The campaign has received a great response so far. Just a few days in it has raised more than $300,000, six times over the initial goal. 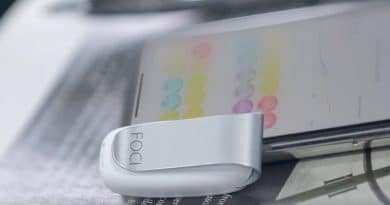 FOCI: get to know every minute of focus, distraction, stress and fatigue 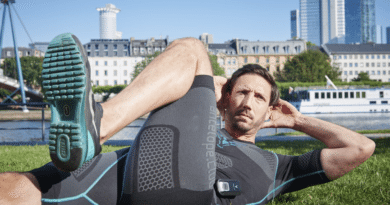 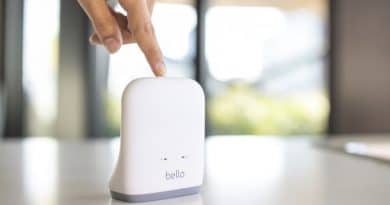 Bello: a 3-second smart scan to measure your belly fat