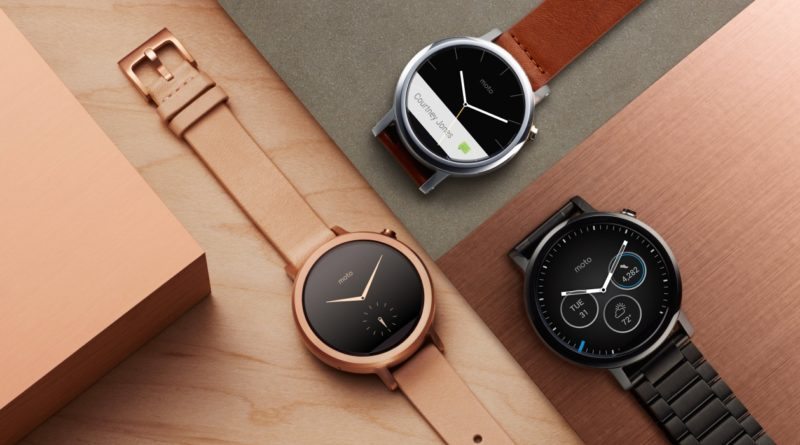 If you’ve been holding out for a third generation Moto smartwatch, it might be a good time to reconsider.

Motorola confirmed during a press event in Chicago this week that it is backing out of the wearables market. It was widely expected we would see a new smartwatch from the company in time for the launch of Android Wear 2.0 which is slated for an early 2017 rollout.

“Wearables do not have a broad enough appeal for us to continue to build on it year after year,” said Shakil Barkat, head of global product development at Motorola.

Barkat added that the company doesn’t “see enough pull in the market to put [a new smartwatch] out at this time,” though it may revisit this decision should technologies for the wrist improve.

Lenovo owned Motorola was one of the most prominent supporters of Android Wear. The original Moto 360 was released some two and a half years ago to coincide with Google’s launch of its platform. The device sparked interest due to its smart form factor and round LCD display. A second generation device followed in the fall of 2015. The company had previously said that it would not be releasing a new smartwatch during 2016.

It is becoming increasingly clear smartwatches are not for everyone. Purpose-built fitness wearables such as Fitbit and Garmin seem to be the flavor of the day. The latest International Data Corporation (IDC) Worldwide Quarterly Wearable Device Tracker report shows smartwatch sales volumes experienced another dip in Q3, and are now well down on last year.

Barkat, however, did not close all doors and hinted that the company might reenter the market.

“We believe the wrist still has value and there will be a point where they provide value to consumers more than they do today,” Barkat said.

For now though, users will have to settle for the most recent Moto 360 – which will still benefit from Android Wear 2.0 when it sees the light of day.