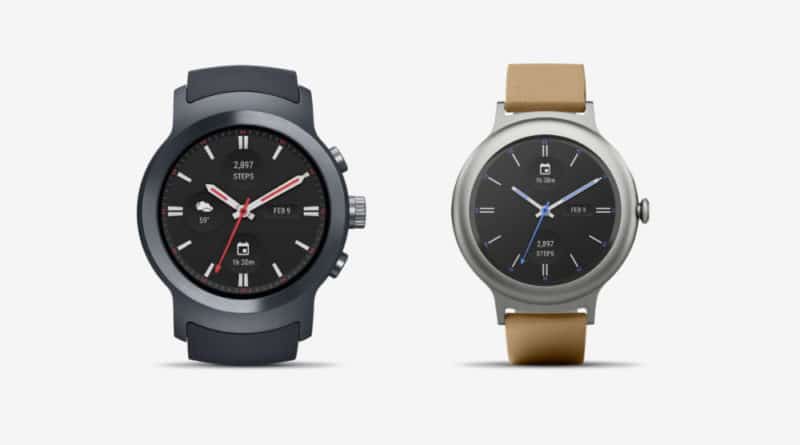 Despite the current lack of interest, Google has launched a fresh attack on the smartwatch market with a new version of its Android Wear software. This is the first big update to its smartwatch platform since it launched in 2014.

The new operating system adds a host of new features and supports. This includes standalone apps that won’t need a smartphone to work, a Play Store for downloading third party apps, personalizing watch faces, and Android Pay. With all this and the inclusion of the Google Assistant to its platform, Google is expecting a positive consumer reaction to the update.

LG Watch Style and Watch Sport are the first smartwatches to sport Android Wear 2.0 out-of-the-box. The two have been our favorite subject recently with all the leaks and sightings. Older devices with compatible hardware will also be able to make use of the upgrades. February 15th is being touted as the day in which the operating system will commence roll-out.

Google has partnered with LG to bring its two new smartwatches to market. The partnership is along the lines of Google’s Nexus programme in which the devices are made under Google’s supervision, but by someone else.

LG Watch Sport and Watch Style are round, with the larger of the two sporting a 1.38-inch full circle P-OLED display (480 x 480 pixel) and the smaller a 1.2-inch screen (360×360 pixel). Both come with a digital crown for navigation, similar to the one you will find on the Apple Watch. The Sport features two additional physical buttons that activate Android Pay and Google Fit.

Google has taken the fashion forward approach with Style. This is contrary to the Sport version, which is chunkier to accommodate the bumped up specs.

The 14.2mm thick and 51 millimeters across $349 LG Watch Sport is probably the most feature packed Android watch to date. Weighing 89 grams, the fairly hefty watch flaunts built in GPS and NFC, the latter of which makes Android Pay mobile payments possible. There is also 4G LTE connectivity, which means you can make calls, send texts and browse without a smartphone.

Under the hood you will find a Qualcomm Snapdragon Wear 2100 processor, 768MB of RAM, 4GB of storage and a 430 mAh battery. In terms of sensors, the watch sports a heart rate sensor (PPG), gyroscope, accelerometer and barometer.

At 11 millimeters thick and 42 millimeters across and weighing only 46 grams, the $249 Watch Style features a more subtle design, suitable for the ladies. The smaller form factor means you will only find 512MB of RAM and a 240 mAH battery. The watch also lacks the heart rate sensor, NFC and GPS features of its big brother.

Another difference is the level of waterproofing. The Style is IP67-rated, slightly below the IP68 rating of Sport. The first one allows for 1 meter submersion for 30 minutes. The second one for more than 1 meter and more than 30 minutes. In practice, this still means you should not take the watches for swimming thinking nothing will happen. This sort of waterproof rating really matters if you drop your watch in a pool, bath or toilet.

Whichever model you get, you’ll need to charge it every night. Rather disappointingly early reviews show the watches only have enough juice for 24-48 hours, depending on use.

Both devices will be available from today in the US on Amazon. Availability in the rest of the world will follow later in the year, possibly following Mobile World Congress which starts on February 27 in Barcelona.