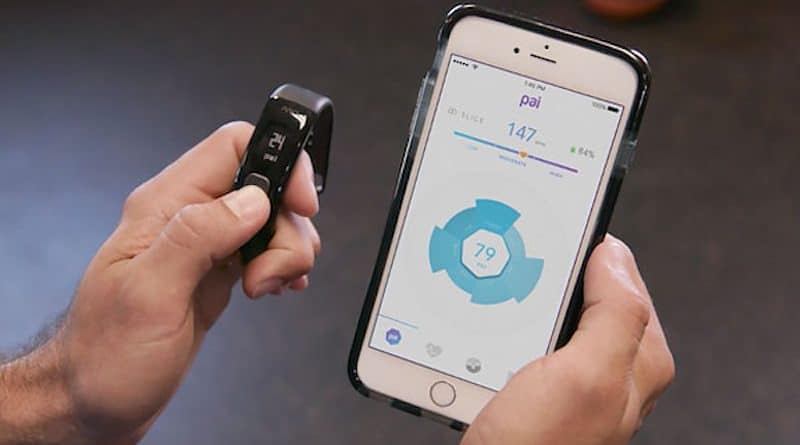 Vancouver-based Mio Global has announced it is pulling back from selling hardware. A pioneer in the wearable tech space, the company will focus on developing software instead.

Mio activity trackers distinguish themselves from the competition by boasting wrist heart rate monitors the company says are as accurate as chest straps. In addition to its fitness tracker range, its highly accurate sensors can be found onboard some third-party GPS running watches.

It seems that everyone is collecting activity data. But the company’s latest activity tracker, SLICE, takes a new approach to measuring physical activity. Instead of focusing on the “10,000 steps” rule, the wearable dishes outfit own Personal Activity Intelligence (PAI) index.

Mio says keeping your PAI score above 100 has been proven in studies to increase your lifespan by around five years. In fact it is validated by one of the largest health studies ever conducted in history. And this is what the company will be focusing on in the future – accelerating the adoption of PAI with well established wearables manufacturers.

As such, we have made the decision to no longer produce devices ourselves, and we are instead working on developing a cloud-based software platform that will integrate with other devices and systems to expand the PAI ecosystem,” said a statement emailed by Mio Global.

“We sincerely thank you for your patronage and loyalty over the years, and we want to assure you that we will continue to handle your support inquiries related to any Mio products purchased.”

Mio Global is already hard at work on developing an Apple Watch PAI app. This is expected to be available in early 2018.