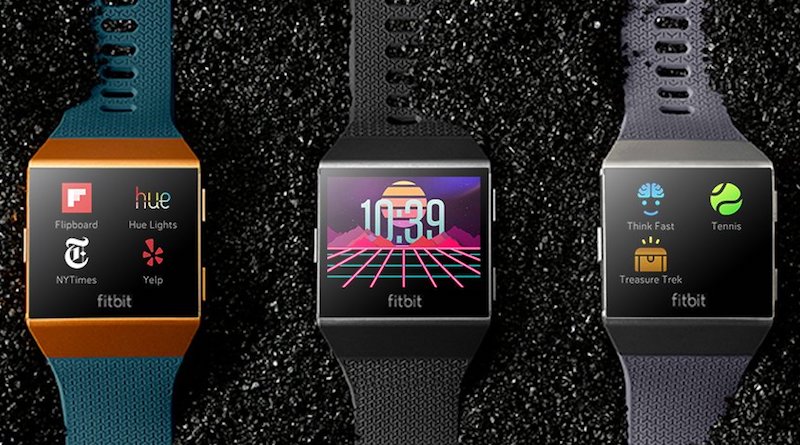 You can finally do more with Fitbit Ionic thanks to an operating system update.

Back in October, the company whose name has become synonymous with fitness trackers launched its first ever smartwatch. But the impression was that Ionic is more of a fitness watch than a smartwatch. It suffered from a serious lack of apps amongst other things.

In the US, the device came pre-installed with about a dozen apps including Weather, Music, Strava, Starbucks, Pandora, Coach, Relax, Exercise, Music, Alarms, Timer/Stopwatch and Today. In other countries, the list was even shorter.

Now there is a whole bunch of new apps available via a software update – more than 60 to be precise. High profile apps include Clue, GAME GOLF, Surfline, Walgreens in the health and fitness category; Nest, Philips Hue Lights for smart homes; Yelp for food and drink; Flipboard and The New York Times on the news front; and TripAdvisor, Uber, United Airlines, British Airways, Lyft for those who like to travel.

Some of these are available right now, while others are due to land before the end of the year or in January. Fitbit has also introduced a native Leaderboard app, which lets users compare their fitness stats against friends and family.

Furthermore, there are three more watch faces (Levels, Threads, and Mountainscape), and 100 or so clock faces. Users will benefit from some performance enhancements, too, and Fitbit Pay is getting a wider selection of banks and multi-card payment. Additionally, in 2018 international customers will benefit from Fitbit’s partnership withe Deezer for music, though like Pandora in the US they will need to fork out for a paid subscription.

Finally, the San Francisco company is adding a new early access testing program called Fitbit Labs. This is where the company will explore ideas and test potential new features. The program kicks off with a Think Fast app that aims to test mental alertness, and Fitbit Pet which is a fitness game mixed with a virtual pet app. Three more apps are coming soon.

“Ionic has received overwhelmingly positive reviews regarding its leading health and fitness-focused features, long battery life, platform compatibility, and more. With this update, we are delivering on our promise to enhance the smart experience with popular apps, intelligent clock faces, and new motivating tools that help you reach your goals,” said on Oakes, VP of product at Fitbit.

“This is just the start – along with future enhancements to the Fitbit OS, we have an extremely engaged global developer community excited to continually bring even more unique offerings to our users via the Fitbit App Gallery.”

Ionic has a way to go on the smartwatch front with the absence of quality apps being one of its biggest criticisms. While this update won’t necessarily fix the problem, it will help to improve the situation.

Info on how to install the operating system update can be found on this link.