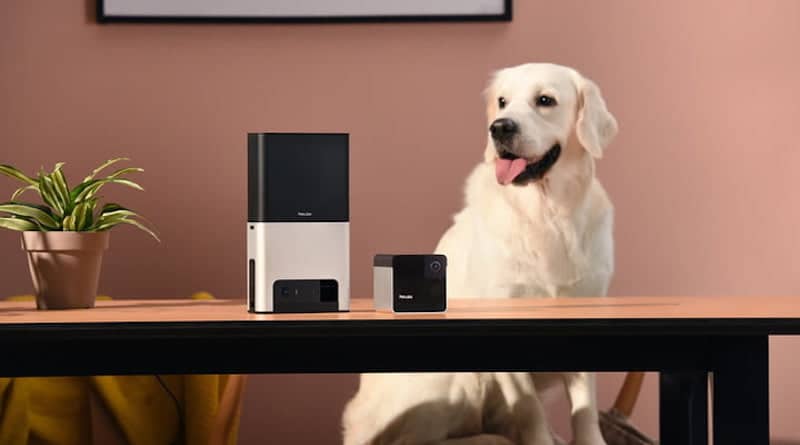 Petcube has made an appearance at this year’s CES with Bites 2 and Play 2. The next generation cameras come with a number of improvements including support for Amazon Alexa voice commands.

Designed to keep an eye on and interact with your animals, both devices now have an extended 180-degree full-room view, a 4-microphone array, speaker and improved WiFi (now supporting the 5GHz band). The camera is smaller this time around so should fit into a room more seamlessly. Bites 2 and Play 2 also come with 1080p HD video, 4x digital zoom and night vision.

If the pet sits in front of the camera, you’ll get a push notification asking if you want to accept a call from them. Saying yes will initiate a two-way video call. To add to the fun, once again you have the built-in laser toy.

If that fails to keep them occupied, there’s a flinging mechanism with improved control for portions and greater arc trajectory. Those feeling too lazy to press a button can now tell Alexa to sling a treat. A bit of an unexpected and perhaps unnecessary update for a device that is meant to be used when you’re not at home.

The Petcube Bites 2 is set to go on sale for $249 and the Petcube Play 2 for $199, when they launch later this spring. Both will be available in “matte silver” and “carbon black” options.