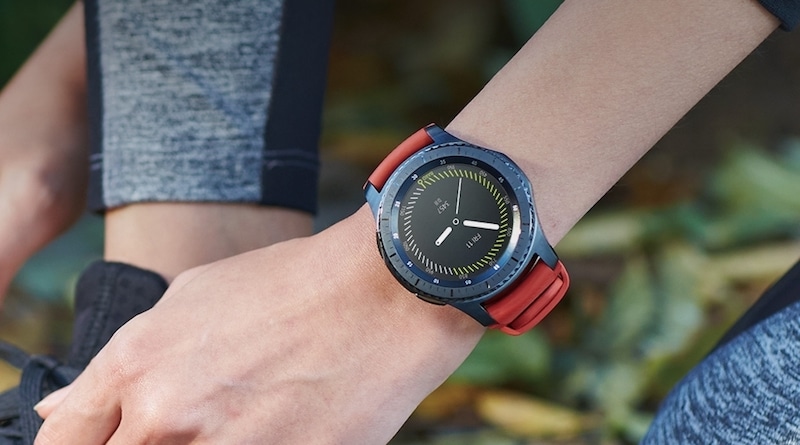 The latest firmware update for the Samsung Gear S3 and Gear Sport comes with a host of features and enhancements in the watches usability and functionality. 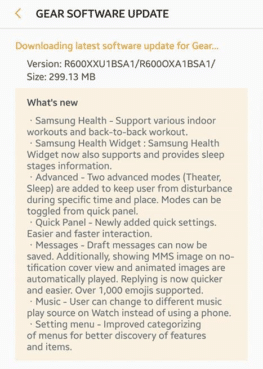 The 300 MB update has started rolling out yesterday, for now in the US only. The firmware is labelled R760XXU2DSA1 300 and bumps the Tizen version up to 4.0.0.2. You should get a notification when it’s available to download. To manually check go to the About Gear/Update Gear software section in the Settings tab of accompanying app on your smartphone.

The update comes with a number of improvements. The watches now support more indoor workouts and you can slot workouts together if you’re switching between routines at the gym. The Health App has been upgraded to show information on sleep stages and Quick Panel is now faster and easier to interact with.

Furthermore, two advanced modes have been introduced. Called Theater and Sleep, they can be toggled from Quick Panel. The first suppresses notifications and other disturbances in cinemas, the second does the same in addition to improving recording in sleep.

Draft messages can now be saved. Replaying notifications is easier and MMS images and animated images are automatically played on notification cover view. Over 1,000 emojis are supported.

It remains to be seen whether the update fixes battery drain issues. The problem has appeared following one of the latest updates to Samsung Health.

The new firmware version arrives amidst rumours about an upcoming Samsung smartwatch. The codename for the timepiece is “Pulse” but the device will be called Galaxy Sport, as it’s an updated version of Gear Sport. The watch may even make an appearance alongside the Galaxy S10 smartphone at the Samsung Unpacked press event on February 20th.