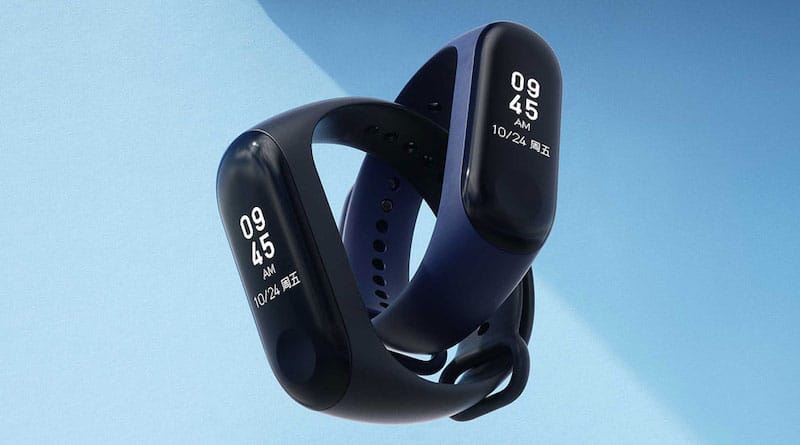 Xiaomi Mi Band 4 is flying off the shelves in its home country of China. The first batches have quickly sold out on Xiaomi’s Chinese Mi Home.

The budget fitness tracker went official on June 11th. The non-NFC iteration went on sale 3 days after and was instantly snapped up. At the start of this week the tech giant released one more batch, along with the first consignment of the version with the NFC module. Again, both sold out pretty quickly.

The band is currently listed out of stock on Xiaomi’s website, although it is available for pre-order. However, it can be purchased across more than 200 retail stores in China. It is also available on third-party on-line platforms such as Geekbuying, Gearbest and others, although at a slightly inflated price.

The biggest improvement of the fourth generation tracker over its predecessor is the inclusion of a 0.95-inch AMOLED colour display. This improves greatly on the B&W 0.78-inch screen of Mi Band 3.

Not that much has changed, though, under the hood. Mi Band 4 comes with a slightly better 6-axis high-precision sensor, gyroscope and optical heart rate sensor. The wearable tracks your activity and sleep around the clock, and there are a number of sports modes to choose from, including swimming thanks to its 5-ATM rating for water resistance. In addition to all of this, the NFC version comes with the ability to make on-the-go payments, XiaoAI and voice control.

Apart from the low selling price, the main attraction of the band is its battery life. And on this point, the company delivered once again. Just like its predecessor, Mi Band 4 will keep going for up to 20 days on a single charge.

The manufacturer says the next batch of the non-NFC Mi Band 4 should arrive on June 21st, and the NFC version four days later. In China the regular version is priced at 69 yuan (around $25) and the more high-spec one at 229 yuan (around $33).

Outside of the Chinese market, the band is expected to land on July 9th. However, only the non-NFC iteration will make it across the border. It’s possible the manufacturer may, at some later stage, consider bringing NFC and voice assistant features to international markets.