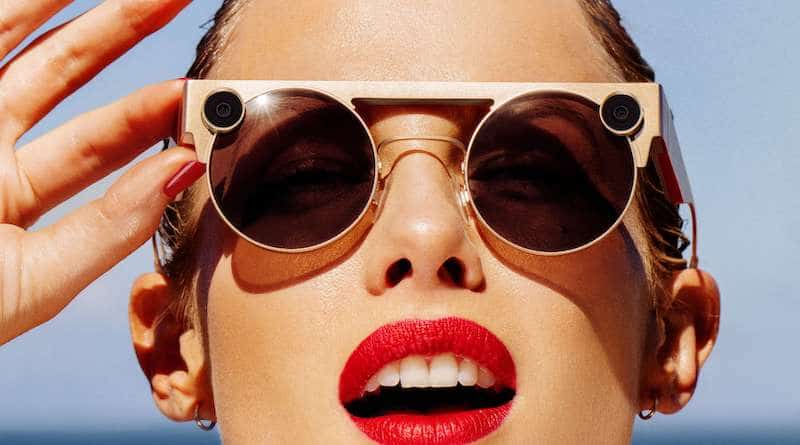 Snap has announced its third version of a set of smart specs that look like everyday sunglasses. They introduce dual HD cameras to capture scenes in 3D.

The company is obviously not giving up on its Spectacles idea and each iteration is better than the previous one. Snapchat Spectacles 3 are the best looking to date, definitely more sleeker and more compact than its predecessors.

Snap says the glasses are precision-crafted from a single sheet of high-strength stainless steel. The lenses are round, they feature adjustable acetate tips and attach to a lightweight metal frame.

In a new approach, this version comes packing two HD cameras which are capable of filming in 3D. They sit on opposite sides of the front of the glasses and are built to interpret the depth of your immediate environment. They do this by calculating the distance between the wearer and the objects around them.

Captured photos and videos are wirelessly synced to the Memories section of the Snapchat app, where users can make them more interesting by applying various 3D video effects. This could be anything from a virtual bird flying or confetti falling in real time.

You can do the same with photos and create short animated GIFs that simulate depth. The software will allow you to export everything to your smartphone’s camera roll and share with others.

By tapping a button, the recording mode is activated and 60 seconds of video is captured. Thankfully, a white circle of indicator lights blinks around one of the cameras to let those around you know you are filming them. At the same time, audio is recorded from four different microphones built into the frames.

The bad news is that the specs come with a very hefty $380 price tag. If this doesn’t deter you Snapchat Spectacles 3 will be available in two colours including carbon and mineral. Both are due to ship this fall but can be pre-ordered now.

The company has had mixed results on its Spectacles idea so far. The first iteration was a spectacular flop with lots of unsold stock left over sitting in warehouses after the initial hype. The second generation fared better. Perhaps this is why Snap is cautious in its expectations for the third generation product.

“We’re putting it out there with the goal of learning about some critical things,” a Snap spokesperson said.

“We’re not trying to sell a billion of these.”