Apple has been awarded yesterday a patent for a smart ring from the U.S. Patent and Trademark Office. The original filing was made way back in April 2014.

The patent includes a rough sketch of what an “iRing” is supposed to look like “based in reality.”

The Apple text accompanying the filing describes the ring as follows:

A user controls an external electronic device with a finger-ring-mounted touchscreen that includes a computer processor, wireless transceiver, and rechargeable power source; the ring is worn on a first finger receives an input from a second finger, selects one of a plurality of touch events associated with the input, and wirelessly transmits a command associated with the touch event to the external electronic device.

The original submission “Devices, methods, and user interfaces for a wearable electronic ring computing device” can be viewed on the US Patent & Trademark Office. 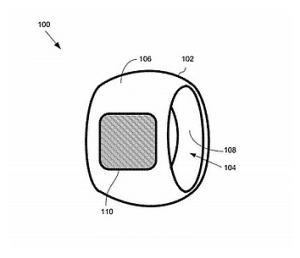 The narrative describes a device comprising of a microphone for voice commands, a finger-ring mounted touchscreen, a speaker and a sensor for writing or character recognition. The thing would also provide haptic feedback. The rechargeable ring is intended to work in tandem with a host of other devices, whether a smartphone, apple TV or light dimmer.

In addition to its other functions, the iRing could also be used as an alternative to a computer mouse. It is possible that the device could carry biometric sensors such as a heart rate monitor or accelerometer as seen within the Apple Watch and other fitness wearables. 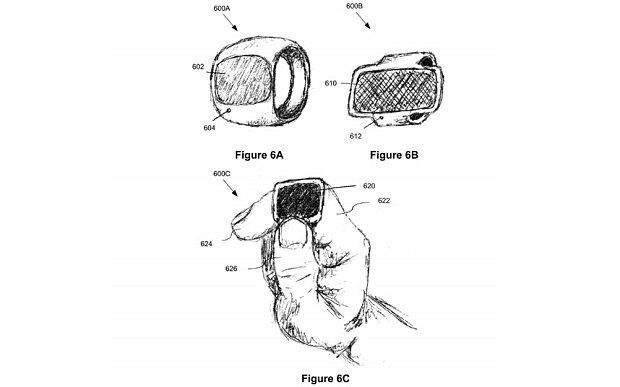 The patent goes further on to say:

As technology is shrinking in size, growing in performance while becoming ever cheaper, Apple has moved from desktop PCs, to laptops, to music players, to mobile phones and finally to watches. It is only logical that the company would be looking to expand further into wearable technology with a smart ring.

It should be stressed that most tech companies file patents in order to prevent rivals licensing certain features or inventions. This means that Apple’s iRing may remain on the drawing board. It is yet to be seen whether it actually sees the light of day.

Is Apple preparing to break new boundaries? There is a bit of competition in the smart ring area but that has never stopped the Cupertino outfit before. Would you wear an Apple iRing?