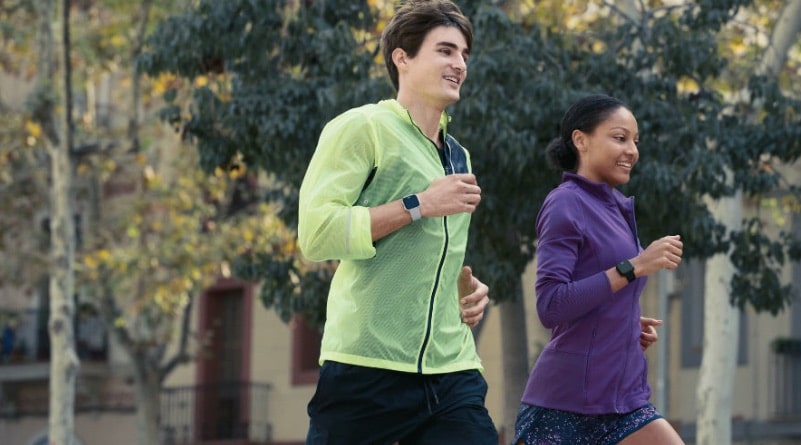 Fitbit runs an excellent Community forum where you can find all manner of info and get solutions to common problems. It is also a good place to go to for info on firmware upgrades. Sometimes it’s not a good idea to install new software right away as there could be issues. Browsing through comments of users who have already done an installation will give you an idea whether you should hold off until all the bugs are squashed or make the jump.

One part of the forum deals with new functionality users would like see – a sort of a wishlist. We’ve sifted through the posts and compiled a list of features that have received the most votes. Here are the top 5, along with a recap of other popular ones.

We’ve excluded items such as Spotify for Ionic/Versa (which topped the rankings for a long time), smart alarms and others that have already been implemented. Some of which only for Fitbit Premium subscribers.

#5 Option to be reminded to drink water

This one is under consideration so will likely be implemented at some point in the future. Hopefully sooner rather than later as the original suggestion was put forward 6 years ago!

Let’s be honest – most of us are guilty of not taking in enough liquids throughout the day. There’s no single formula for everyone, but Mayo Clinic suggests 3.7 liters of fluids for the average man and 2.7 liters for the average woman is what is needed. That seems like quite a lot!

To this end the suggestion is for Fitbit to implement a simple “Remember to drink water” notification at certain intervals. That should not be too difficult to do. Ideally, it would be down to the user to customize the settings such as frequency of reminders.

Quite a few votes have been cast for a pregnancy mode for the women’s health section. Currently, female health tracking in the app allows users to keep tabs on periods, fertile windows, ovulation days and female health symptoms. But that’s where it ends. Needless to say, pregnancy affects everything, from sleep to heart rate and calorie intake.

The wish is for the female health tracking part of the app to monitor healthy weight gain, to have a better limit for daily calorie intake, to have an option to log breastfeeding, to track any conditions users may have and more.

Most professional athletes heart rate zones train. This is for a reason. They know this type of training will help them to reach their top potential in the shortest amount of time possible. The suggestion here is to implement a heart rate alert feature that would signal when you are crossing any of the 5 zone thresholds, either going up or going down. The watch would vibrate on the user’s wrist alerting them.

This could also be implemented for a targeted maximum (or minimum heart rate), and in that sense it would function as a lifesaving safety feature. Apple and Garmin have already implemented this functionality. If at rest your heart rate exceeds certain values, you will get an alert.

The second most wished for feature is integration with Google Fit. Many users with an Android device in their pocket feel this should be a must. Strangely enough, the functionality is marked as “not currently planned”.

We say strangely, because Google has put in a bid to acquire Fitbit late last year. The search giant agreed to pay $7.35 per share for the wearables manufacturer in an all-cash deal totaling around $2.1 billion. The deal is currently undergoing regulatory scrutiny but is expected to close later in 2020.

Don’t be surprised if the status of the suggestion is changed to implemented in the near future. Perhaps Fitbit is waiting to see if everything goes as planned with the acquisition!

The most wished for feature is integration with iOS health. It would make it easy to keep all your health and fitness information in one place on your iPhone. Users feel it represents a huge opportunity to make Fitbit devices even smarter and more integrated.

But don’t hold your breath. Apple Health integration is not planned at the moment.

So for now, your only option is to opt for a third party solution. One of these is called Sync Solver for Fitbit ($4.99) – but there are others. Once you enter all the passwords and connect the accounts, it’s a simple matter of choosing the metric categories you would like to sync.

Other wearables manufactures such as Garmin and Withings have a direct connection from their app to Apple Health. Let’s hope Fitbit goes down this route, too.

Best of the rest

There are hundreds of other suggestions that have been put forward. The next most popular ones are:

What would you like to see? Leave a comment below or cast your vote directly on the Fitbit Community Forum.