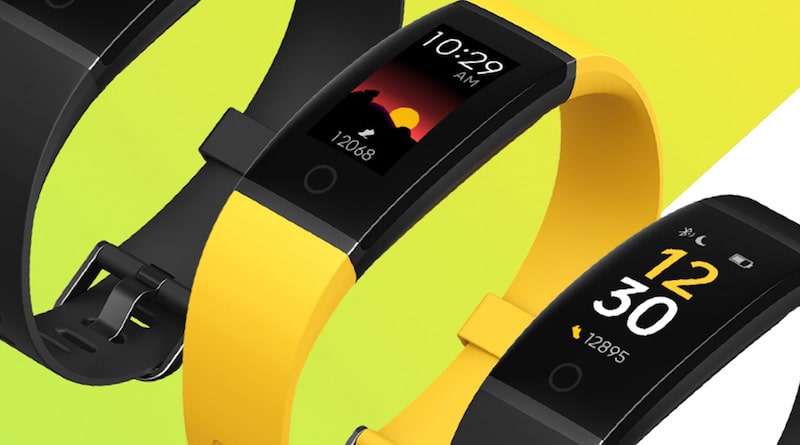 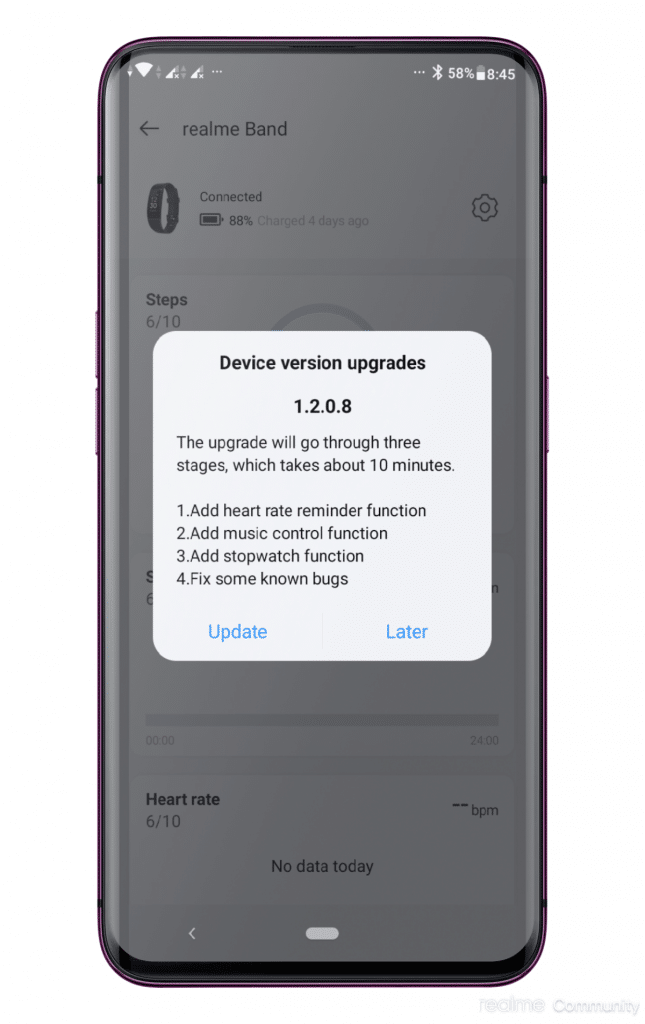 Realme has issued a new firmware update which slaps on some advertised by so far missing features to its first fitness tracker. These include a heart rate reminder function, music control and stopwatch.

The Realme Band was launched back in March as a budget fitness tracker. It comes with a heart rate sensor, multiple sports options including cricket and great battery life. However, some of the advertised features were not available at launch. This is quickly changing.

The company has issued device version upgrade 1.2.0.8 in the past few days. This is actually the second major firmware update since the official unveiling.

Apart from the usual fixes and squashing of bugs, what this brings is music control which will be pretty important to many. The other upgrades slap on a heart rate reminder function and stopwatch to the band.

This is a progressive update so may not have reached you just yet. When it does you’ll get a notification in the Realme Link app. Another way to check for the software update is to open settings in the smartphone app and search for it manually. When it hits your phone, make sure you have sufficient battery in the watch before refreshing, or leave the device on the charger during the update.

Realme Band is looking to compete squarely against the likes of the Xiaomi Mi Band, which is no mean feat. This latest software refresh will certainly help in this battle. Xiaomi has just announced Mi Band 5 which comes with lots of great functionality so has upped the stakes. Hopefully new watch faces and camera control will come as part of the next Realme Band update. The company has also recently introduced its first effort on the smartwatch front.