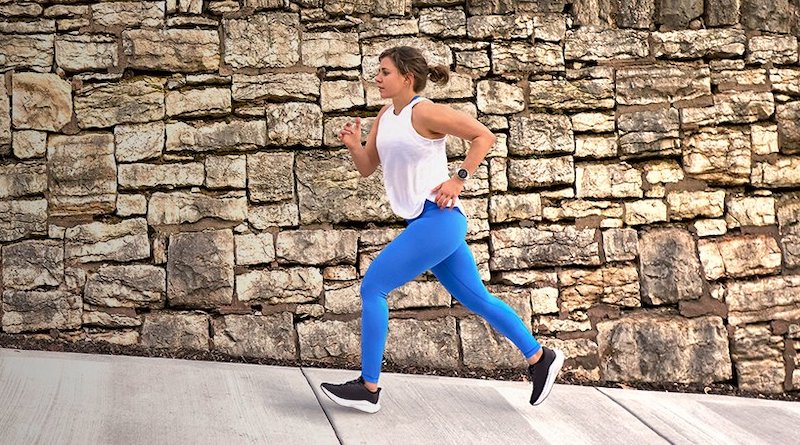 The Garmin Forerunner 55 and Forerunner 945 LTE are now available for purchase on Garmin’s website and Amazon. They both improve on their predecessors in several ways.

Garmin has had a relatively slow start to 2021 as compared to previous years. No doubt, the coronavirus situation has shifted things around a bit. But this are slowly returning back to normal. Let’s hope this continues.

One of the most recent devices in Garmin’s arsenal is the Venu 2. The premium looking fitness timepiece launched towards the end of April. Improvements over the original include a choice of sizes, more battery life and space for music, along with the latest generation heart rate sensor.

We then saw the unveiling of the Descent MK2s. That one is part of the company’s dive computer range which offers surface GPS navigation. The first generation device was revealed three years ago, the second generation followed in 2019. This one introduces a smaller size of the divers watch.

Now we have a couple of more watches to write about.

The Garmin Forerunner 55 is an update to the budget-friendly Forerunner 45 that was launched back in April 2019. Which means it was well due for an upgrade as Garmin typically has a two year gap between subsequent generations.

The Forerunner 45 comes in a regular and small version. This is a fairly basic timepiece which provides the necessities when it comes to fitness and sleep tracking, in addition to functioning as a running watch thanks to built-in GPS.

An important upgrade is battery life. This has been doubled to 2 weeks on a single charge. Battery life in GPS mode is up to 20 hours from 13 hours before.

There are also PacePro Pacing Strategies and Race Predictor running features as well as support for swimming. The latter was something that was an obvious omission before.

So all in all, lots of iterative upgrades. The Forerunner 55 retains the $200 price-tag of its predecessor. It can be picked up on Amazon and Garmin’s website in a choice between White, Black and Aqua. Delivery is expected in 3-5 weeks, so late June at the earliest. It’s worth noting, the Forerunner 45 has come down in price to $150.

Moving quickly on and next up we have the Forerunner 945 LTE. This one was revealed by EMVCo a few months ago – the organization that enables card-based payment products to work together seamlessly and securely worldwide. It was listed alongside the Venu 2 at the time.

As the name implies, The Forerunner 945 LTE is a cellular version of the original. No you can’t make phone calls on it but it offers a few ways to stay in touch including phone-free safety and tracking features.

One of these is something called Assistance/Assistance Plus. This allows you to send a message to your emergency contacts with your location information. The Plus is a more professional version of the same. It automatically sends your name and location to the Garmin IERCC, a 24/7 staffed emergency response unit.

Other functionality that taps into LTE is Livetrack, Spectator Messaging and Live Event Sharing. The first let friends and family follow your real-time location, the second allows for audio and text messages on the watch, the third automatically send race updates to family and friends.

So the wait for a Garmin watch that allows you to make unteathered calls continues. But we are edging closer.

The monthly LTE plan runs at $6.99 and $1 less with an annual contract. This sounds pretty reasonable if you are planning to make use of the added functionality. The subscription plan can be activated via the Garmin Connect app.

Other changes over Forerunner 945

Even better news is that Garmin has managed to retain the exact same 1.2 inch MIP display. Which means the bezel on the LTE version is smaller than before. Still noticeable, but not as much as before.

Battery life is not that different from before. In smartwatch mode it is still 2 weeks, while with GPS and music it is up to 12 hours (from 10 hours).

At $650, the Forerunner 945 LTE costs $50 more than its predecessor. It can be picked up on Amazon and Garmin’s website in a choice between Black and Whitestone color options. The watch ships in 1-3 business days.

It seems an exciting couple of months are ahead as far as Garmin announcements. Further down the line we are expecting Forerunner 955, a new MARQ and Vivosmart 5. Our guess is that all of these will arrive in late summer or early autumn. Another possibility is the Fenix 7, but that one is more likely to land in early 2022 along with Vivoactive 5.