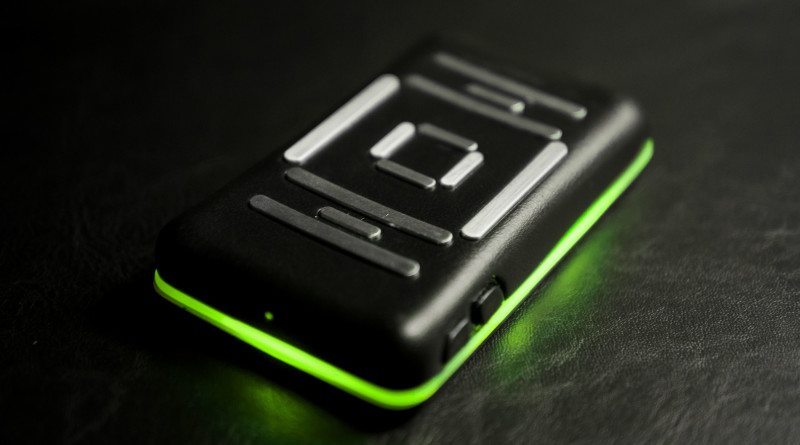 The Skulpt Aim isn’t your typical fitness tracker. At the moment, it truly is one of a kind as it measures metrics that you wouldn’t normally measure with more ‘traditional’ fitness trackers. Rather than tracking daily activities, such as steps taken and distance traveled, this tracker measures muscle quality and body fat percentage.

We do not hide the fact that we are big fans of this device. While smart scales are great for weight measurement, and for keeping an automatic historical record of your metrics, they are not so great when it comes to body fat measurements.

Scales that measure body fat do this by sending a low electrical current through one foot and reading the current with a sensor under the other foot. The current passes through fat more slowly and the scale calculates the amount of resistance to come up with a body fat percentage. The accuracy of these body fat measurements should be taken with a grain of salt as they can be inconsistent and inaccurate at times. This is where Skulpt Aim and the newly released Skulpt Chisel excel. We won’t go into detail here – you can go and read our review of both devices.

We do have one major gripe though with the original Skulpt Aim device. After nearly a year of use, we found that the battery would not hold charge for very long. And as Amazon reviews and Skulpt’s own Facebook page comments show, we are not the only ones with this problem. So we decided to engage in a bit of DIY.

We do not suggest you do this, in fact we suggest that you don’t do this! We are merely describing what we have done to resolve the issue. If you attempt to do fix the battery yourself, you might render your device useless or void your warranty.

Now that you have been warned – feel free to read on!

To start off we set out 1 Skulpt Aim device (with a battery that does not hold charge well!), 2 AAA size batteries: 850mAh 2.4V (2 x 1.2V), 1 soldering iron and solder. We are located in the UK, so ordered a replacement battery for a Tomy TD300 baby monitor which has the same specification. 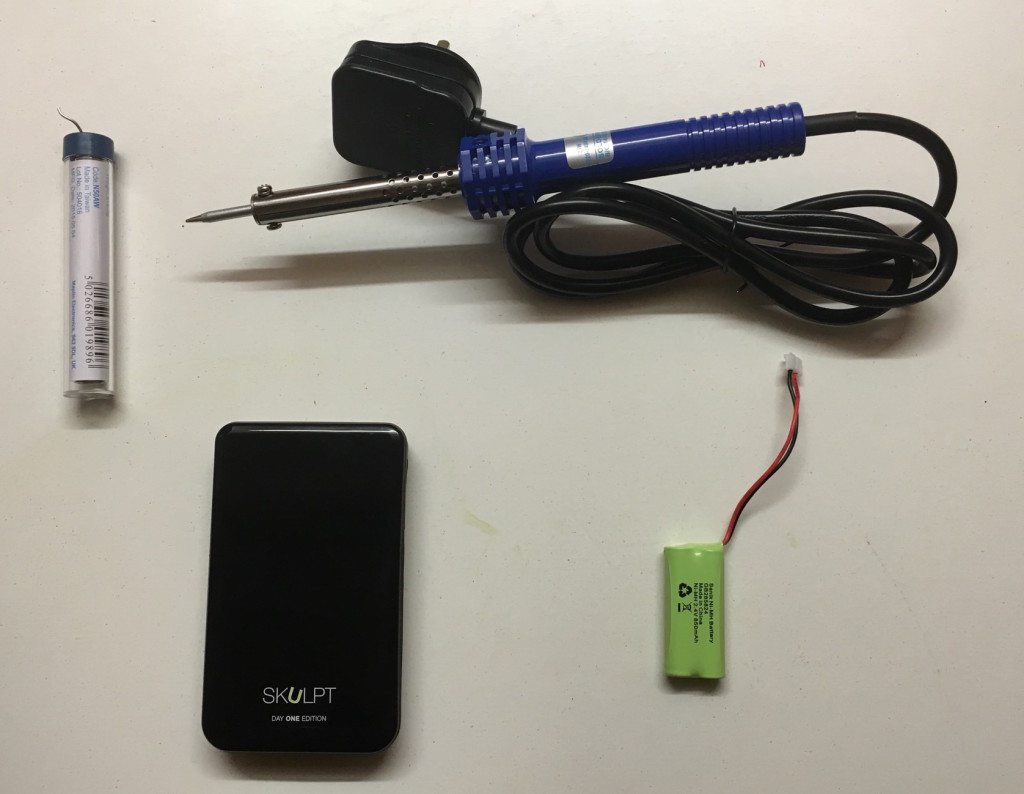 We took a deep breath, and with a flat screw driver CAREFULLY pried open the cover.

This is what the insides of the device look like. 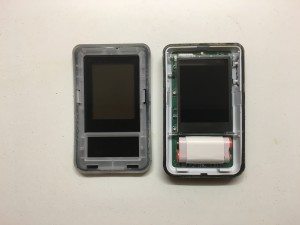 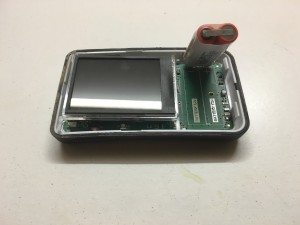 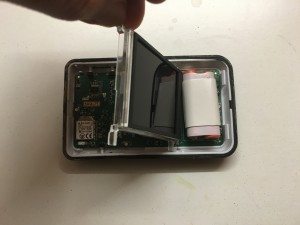 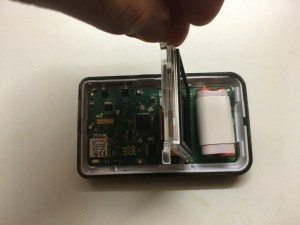 So you can see the batteries, and the screen which we gently lifted to reveal the electronic board. All good so far… 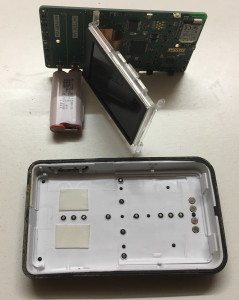 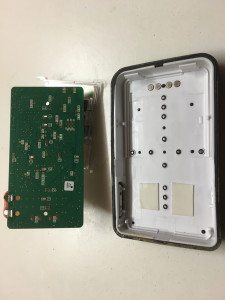 We carefully examined the electronic circuit, and used a brush to clean everything off a bit.

We then pried off the batteries from the connecting pins. Now, this was a probably the trickiest part of the whole process and it took about 5-10 minutes before we were able to remove the old battery. 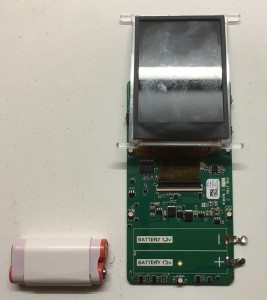 This is the old battery. 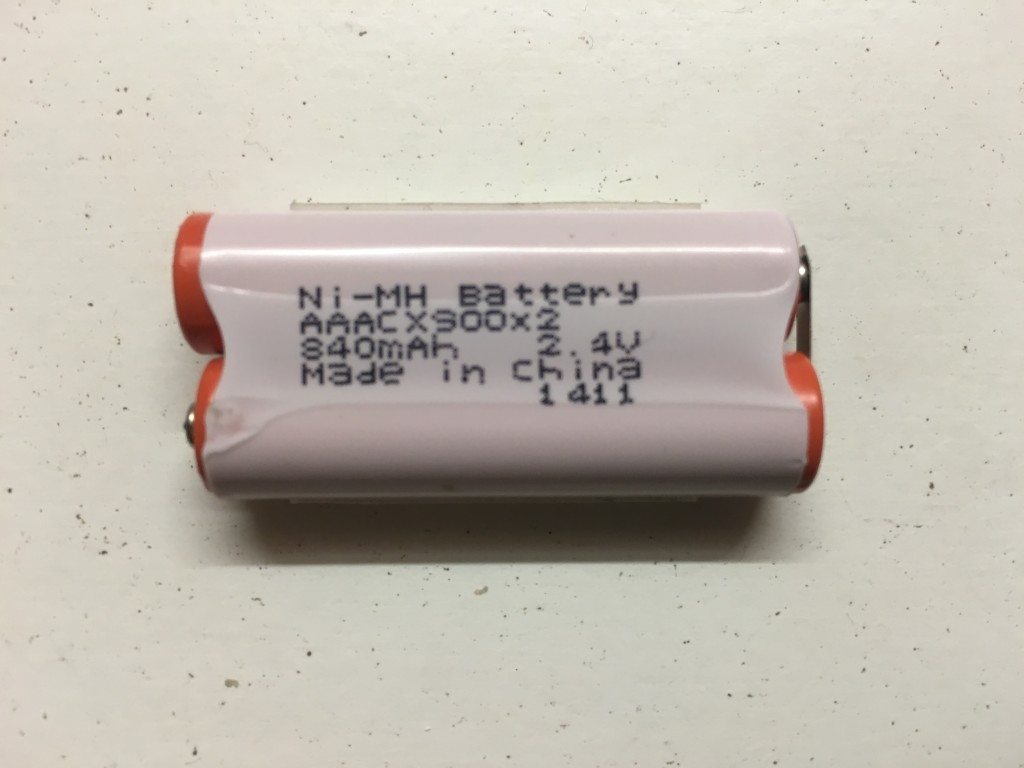 Now we used a soldering iron, and soldered on the new battery to replace the old one. If you do not know what soldering is or what soldering does, google the term and watch some Youtube videos.

That is pretty much it. We put everything back into the casing, wedged the front cover back on, took a deep breath, and switched the device on…

Luckily, this article has a happy ending. Our device was working again! Here is a pic of our Skulpt Aim with the new batteries in place.

We found that this process required us to reset the device and pair it again with the smartphone. It did not allow us to sync until we did this. 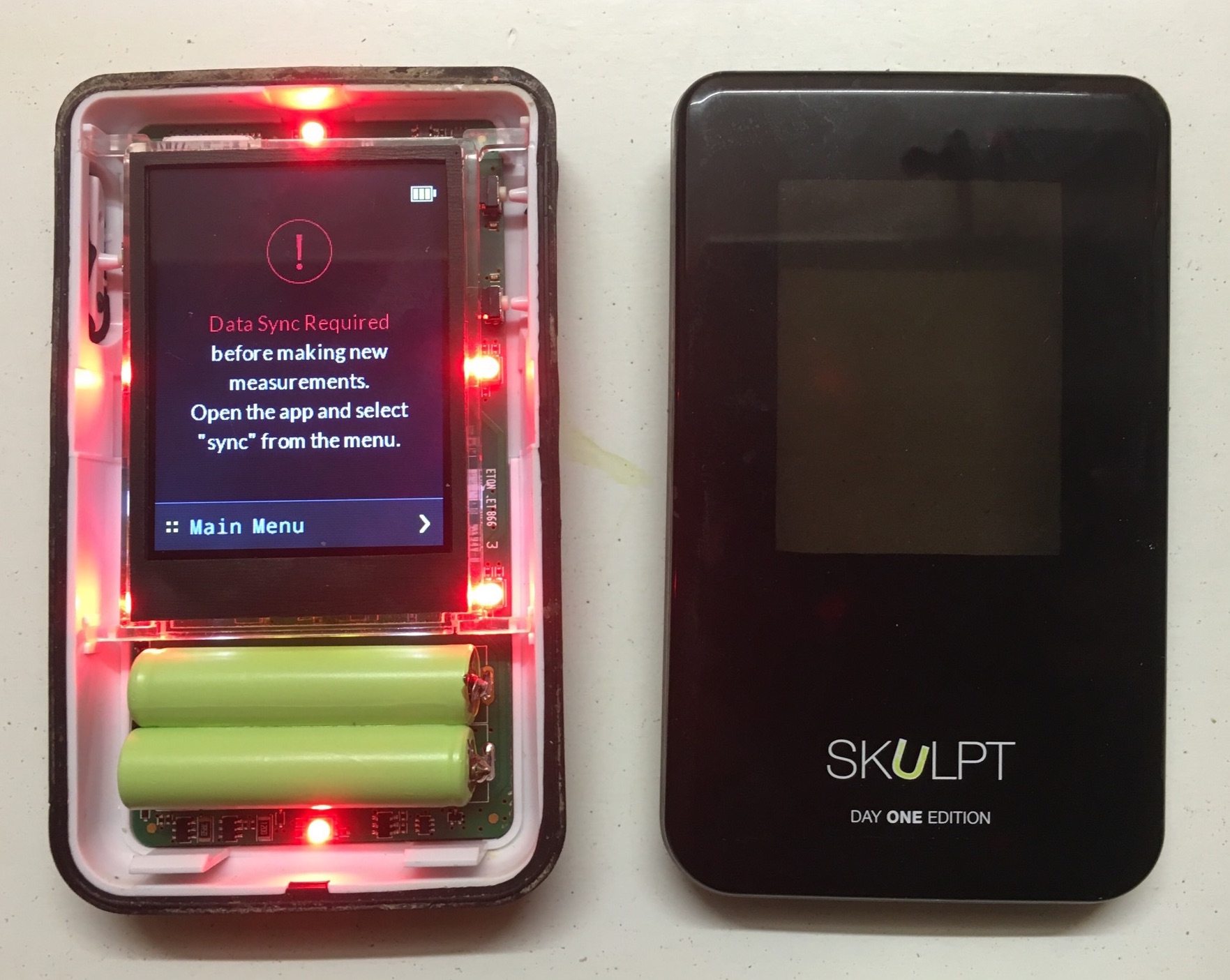 And that’s it. Problem solved. From start to finish – the whole process took us about half an hour. The battery life is back to normal, and the Skulpt Aim holds charge again for around a week.