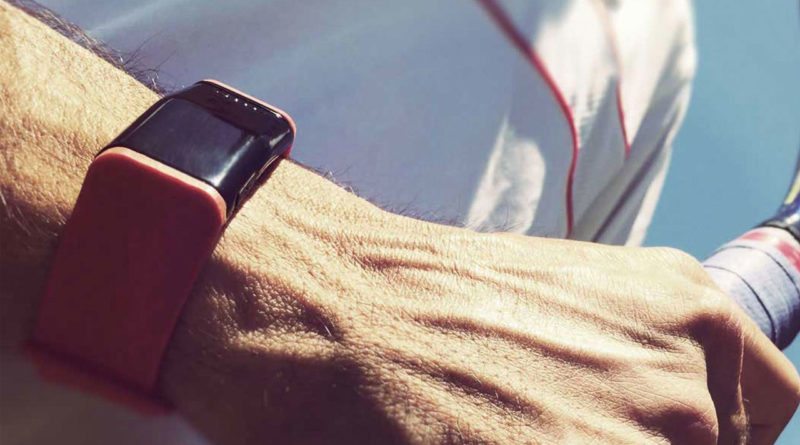 We’ve all been there. You are in the middle of a close tennis match, but you and your opponent just can’t seem to agree on the current score. Has this ever caused bad feelings and resentment? Now you can put all the arguments aside.

Pulse Play is a smartwatch for tennis, table tennis, badminton, and squash. It’s a simple idea. A device that keeps track of the score on both yours and your opponent’s bands. You just need to remember to tap the wearable every time you score a point.

The company was founded by Andy Ram, a three-time Grand Slam doubles champion and professional tennis player for over 16 years. He never had to keep score, calculate his match statistics or figure out his ranking. Now he has helped created a smart watch so you don’t have to either.

To raise funds, the 18 ­month old startup created a campaign on Indiegogo. By the middle of last year, they surpassed their goal having raised over $80,000. The wearable has now shipped to the original backers and can be purchased on their website.

Scorekeeping starts with a click of the button on the band, which sends the point to the app and the Pulse Play cloud. After recording the point, the score is relayed to your opponent’s app and wearable, so that everything is in sync. The device also acts as an announcer with over 50 voices, including Homer Simpson, Elvis and Robert De Niro to name a few.

Your smartphone will need to be switched on during game-play and connected to the Internet in order for everything to work, since the wristbands rely on the cloud to sync data. Also, both players need to be wearing the wristbands.

At the end of the match, the app records the final score, which is aggregated into the players match history, and calculated into each player’s ranking. Players can then begin viewing their game statistics, including time spent on court, match history, match statistics, head-to-head comparisons with other players, and overall ranking.

The device also helps you find opponents at your level. The more games a player records with different opponents, the more accurate his or her ranking will be. Players can even create their own private or public leagues. 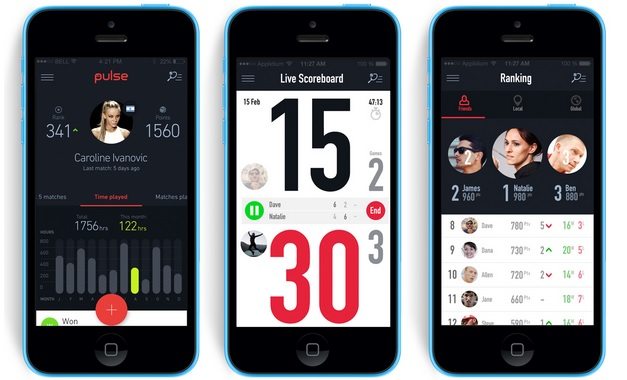 “I am excited to launch Pulse Play and see players take their game to the next level,” said Andy Ram, Co­Founder and CEO of Pulse Play.

“I’ve spent most of my life playing tennis competitively and my retirement from pro tennis showed me that more can be done to elevate recreational and amateur tennis. I hope that Pulse Play will bring more fun to so many people’s favorite sport and give them a taste of the pro experience.”

In order to expand their user-base, Pulse Play have created smartwatch apps for both the Apple Watch and Android wear. So if you are a lucky owner of one of these devices, you can simply download the app and use it on your existing smartwatch.

The Pulse Play band comes in a number of different colors. It charges via micro USB in about three hours and has a very long battery life. The device retails for $129 and is available on the manufacturers website.