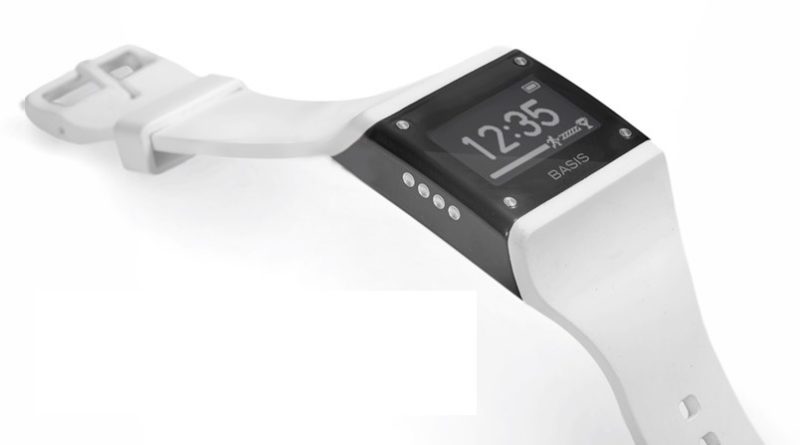 In a surprise announcement, the Intel subsidiary Basis announced that it is shutting down service immediately and is asking customers to stop wearing their watches.

The company first sent a statement in June about overheating issues. Apparently, a small number of people reported that their Peak watches overheated, and in some cases caused discomfort, blistering or burns on their wrist under the watch body.

The number of reported cases was very small, approximately 1 in 500 watches sold. It seems that the problems first started back in late 2014, which means the company has not exactly been lightning quick in reacting to the complaints.

“We had hoped to update the software on your watch to address the problem,” the company said this morning in a statement.

“Unfortunately, despite our best efforts, we aren’t able to develop such a solution without completely compromising the user experience. As a result, we are asking that you return your Basis Peak watch and authorized accessories for a full refund at your earliest convenience.”

A company spokesman said he couldn’t estimate how many Basis Science devices had been sold, or whether a replacement product will be developed. 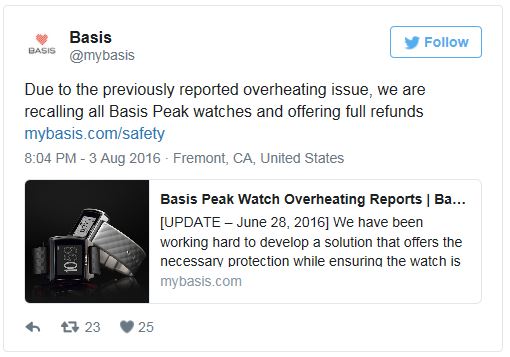 Intel acquired the San Francisco startup in March 2014. The company said it will no longer support the watch, but customers will still be able to access their data until the end of the year. From then on, all Peak services will shut down.

“This was a tough decision, but your safety is our top priority,” said Josh Walden, senior vice president and general manager of Intel’s new technology group, in a statement posted on the Basis website.

If you are a Basis Peak owner, you can return the watch and any accessories for a full refund.