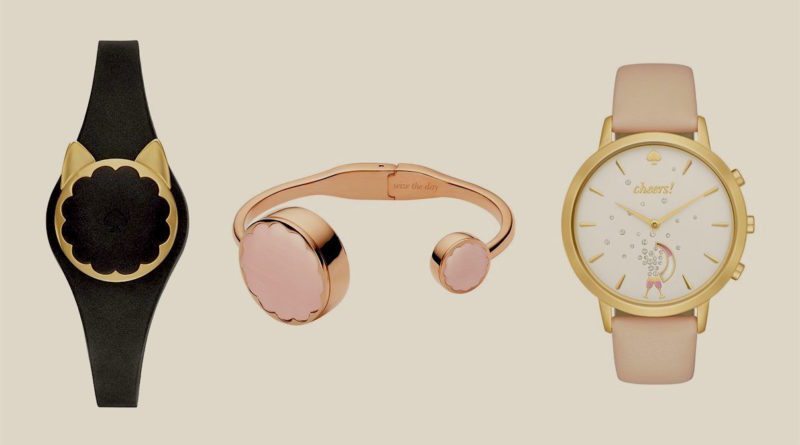 Lets face it. It was only a matter of time before your favourite activity tracker got a major fashionista-friendly makeover. Kate Spade, the American fashion design house, has recently announced it is launching a line of fitness trackers.

For those of us who do not follow fashion trends closely, Kate Spade was founded in January 1993. Ten years later, it only had 13 stores in the US, and did not ship internationally. The company initially sold handbags, but eventually extended to include stationery, personal organizers, address books, shoes, beauty products, perfume, raincoats, pajamas, and eyewear clothing. It now has a full women’s clothing line, sells internationally, and is worth some $2.5 billion. This is not including the complimentary company Jack Spade which is the brand’s line for men.

As part of its wearable tech collection (which also includes some cute smart watches), the brand is releasing two styles of fitness trackers and a smartwatch. The fitness trackers include: a silicone device featuring the brand’s signature kitty motif; and a fancy mother of pearl bangle you would never guess could count steps. The “scallop” silicone tracker sells for around $125 and the bangle for a $150 at Kate Spade New York stores and on the brand’s website.

We are talking about fashion here, so don’t get overly excited about functionality. But you will get the basics.

The company says the tech line will include fitness and sleep tracking, along with smartphone notifications and controls that allow you turn up your workout playlist and take a post-run selfie right from the tracker. You can also set personal goals and this is one less device you will need to charge as it operates on replaceable a coin cell battery.

Finally, the metro grand hybrid smartwatch features the above functionality and also provides automatic timezone updates. When available in November the it come in black and rose gold, grey and silver tone, vachetta and gold tone, and as a gift set with two tone bracelet and a black-quilted leather strap.

All pieces are iPhone and Android compatible and will connect to your phone through the smartphone app.

Kate Spade has a licensing deal with the Fossil Group. With this announcement, Fossil is gaining ground on its bold mission to release more than 100 connected fashion devices by the end of 2016.